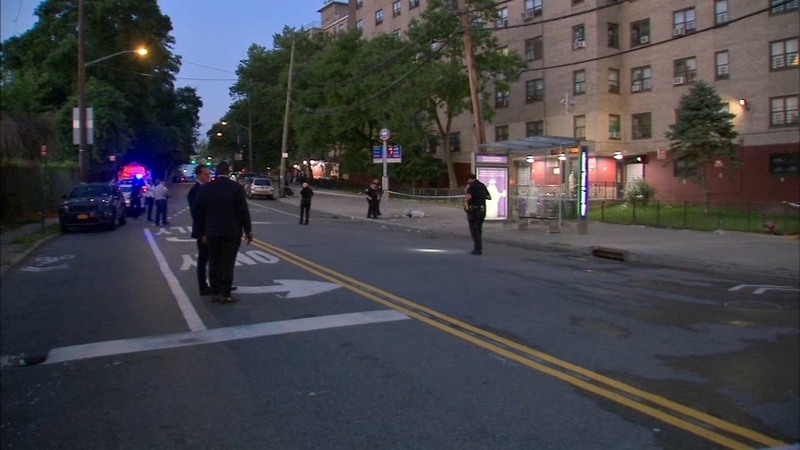 The officer, who was on duty at the time, was shot at 476 Richmond Terrace.

Police said two officers were getting ready to get into their marked vehicle when the officer felt a sharp pain in his shoulder.

He realized he was struck with the BB gun but it did not puncture his skin.

The officer's injuries are minor. He was transported to Richmond University Medical Center for an evaluation.

A second officer was also injured, but it is unknown how severe his injury is.

No arrests were made, and the investigation is ongoing.

There's new video of the gunfire between street vendors that struck an innocent 21-year-old Marine who was visiting Times Square from Upstate New York.