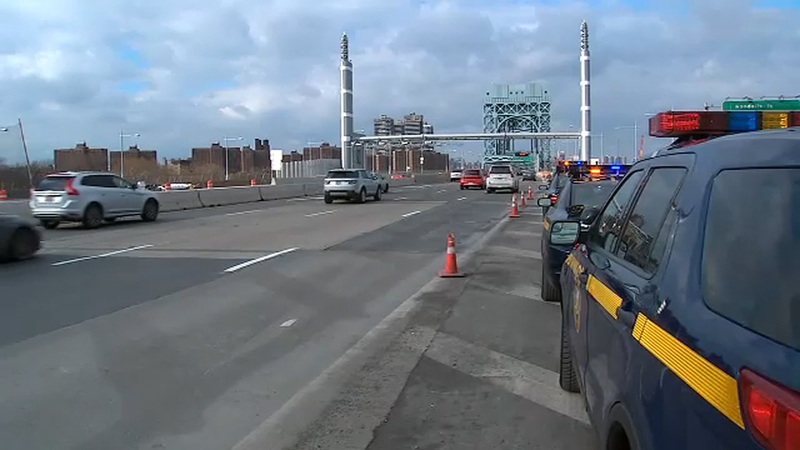 NEW YORK CITY (WABC) -- At any of the major gateways into the city overseen by the Metropolitan Transportation Authority or the Port Authority of New York and New Jersey, you will begin to see heightened security. Any truck or car during the coming holiday weeks is subject to being stopped.

"Given the recent events we believe it is prudent to increase security at the major crossings and the major transportation hubs," Governor Andrew Cuomo said.
EMBED More News Videos

Just last week the Port Authority Terminal was the scene when terror suspect Akayed Ullah tried to blow himself up with a pipe bomb in a crowded subway tunnel injuring himself and several others.

Governor Andrew Cuomo believes you cannot wait for this to happen during the busy holiday season.

"It's a pro-active effort to increase security," he says.

More of that was visible at busy Grand Central Terminal this week where MTA Police stepped up their K-9 patrols as they see an increase in travel and customers.

"This is the right thing to do. Our experience that we have had in the last week or two and what we see throughout the world, this is the right time to do this," MTA Chairman Joseph Lhota said.

At a checkpoint on the RFK Bridge drivers didn't seem to mind.

And at JFK and LaGuardia Airports the Port Authority Police will also add to their security defenses.