WABC
By Eyewitness News
MIDDLETOWN, New York (WABC) -- Law enforcement officials believe they've found the bodies of four men who disappeared months ago on property linked to the former officer who is accused of killing them at a bar in New York's Hudson Valley.

But there was a break in the case this week. The U.S. Attorney's Office announced Tuesday the arrest of 49-year-old Nicholas Tartaglione, a retired Briarcliff Manor police officer from Otisville in Orange County. He's charged in a five-count indictment for allegedly selling cocaine and murdering the four men in or around Likquid Lounge in Chester in April.

"While all murders tear at the fabric of our communities, when the alleged perpetrator of a gangland-style, quadruple homicide is a former police officer, that strikes at the heart of civilized society," Manhattan U.S. Attorney Preet Bharara said in a news release.

State police and the FBI obtained a search warrant for property linked to Tartaglione in Otisville, as they believed through their investigation that there could be human remains there. After some searching, police described the property as a burial site. They recovered four bodies, which are believed to be the four men killed in Chester.

Here's a look at the property from NewsCopter 7:
EMBED More News Videos

Footage from NewsCopter 7 shows the scene where police found four bodies at a home linked to a former officer charged with murder.

Court records said Tartaglione allegedly worked with others to sell at least five kilograms of cocaine between June 2015 and April 2016. It was during a drug deal that prosecutors said he killed the four men -- some were involved in the transaction, others were innocent bystanders.

The four victims knew each other, though. Police had issued missing person notices after their disappearance, included these photo of three of the men (left to right: Santos-Luna, Morales-Santiago, Sosa-Luna and Gutierrez: 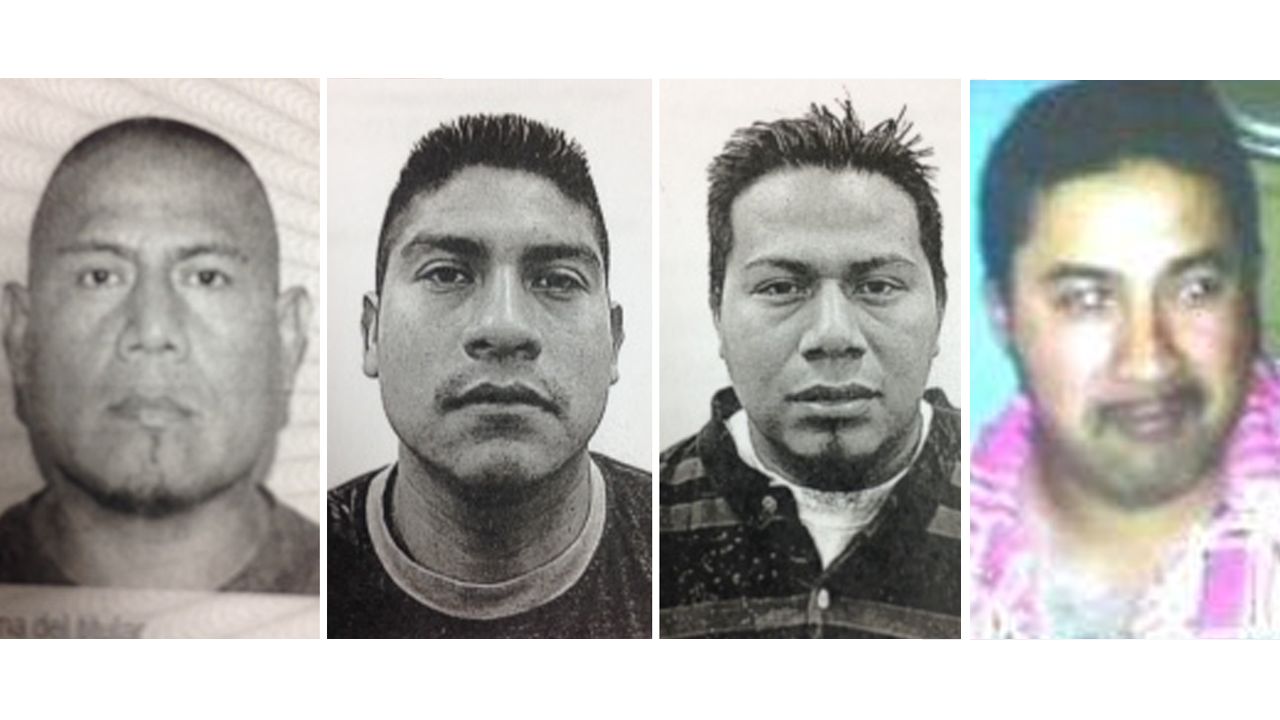 Their abandoned SUV was found shortly after they were reported missing.

"We hope the victims' families and community find some solace in an arrest being made," FBI Assistant Director-in-Charge William Sweeney Jr. said in a news release.