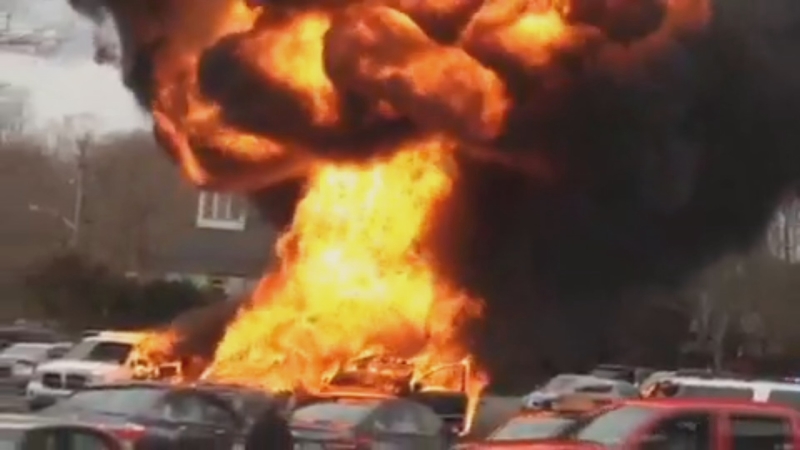 Raw video: Cars go up in flames on Long Island

Police say the Bridgehampton resident poured alcohol over the insects, then sat in the car and lit a cigarette, setting off the blaze.

He fled the vehicle on his own. A line of cars went up in flames in the Long Island parking lot.

Detective Sgt. Edward Fitzgerald told Newsday that someone told Kemery that if he saturated the bedbugs with alcohol it would kill them.

Police say two other cars were heavily damaged from the intense heat of the fire.