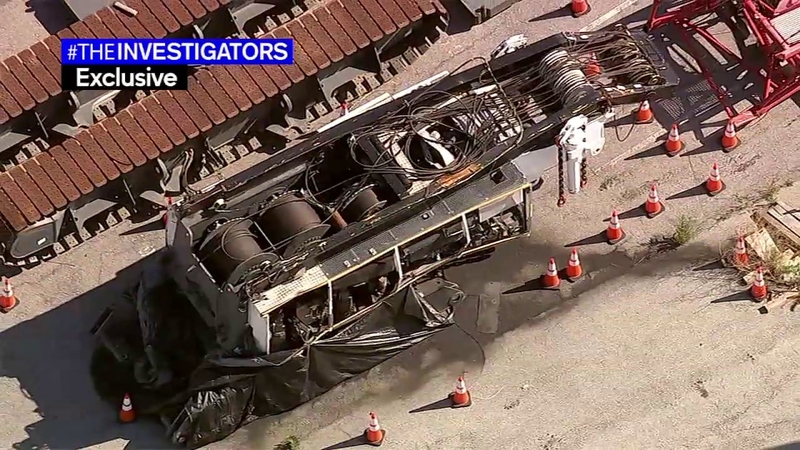 Investigators exclusive: Crane operator could be to blame in TriBeCa crane collapse

TRIBECA, Manhattan (WABC) -- The crane accident earlier this year that killed a passerby and seriously injured two others in Lower Manhattan was caused by operator error, Eyewitness News Investigators have exclusively learned.

It was the worst crane accident in New York City in years. The huge boom crashed down across two city blocks in TriBeCa in February.

At first, high winds were blamed. But The Investigators obtained documents show that the crane operator made mistakes when lowering the boom.

The Department of Labor has hit the operator, Galasso Trucking and Rigging with two serious violations blaming the company for "not having any procedure or policy... regarding wind, ice and snow." Another violation specifically faults the operator saying," manufacturers procedures were not followed because the boom angle was lowered below 75 degrees."

"They basically did nothing right when they started lowering that boom," said crane expert Thomas Barth.

Barth said in the rush to get the crane's huge boom out of the wind, they neglected the crane's safety manual.

"The load charts were the bible to follow and they were not followed that's correct," Barth said. 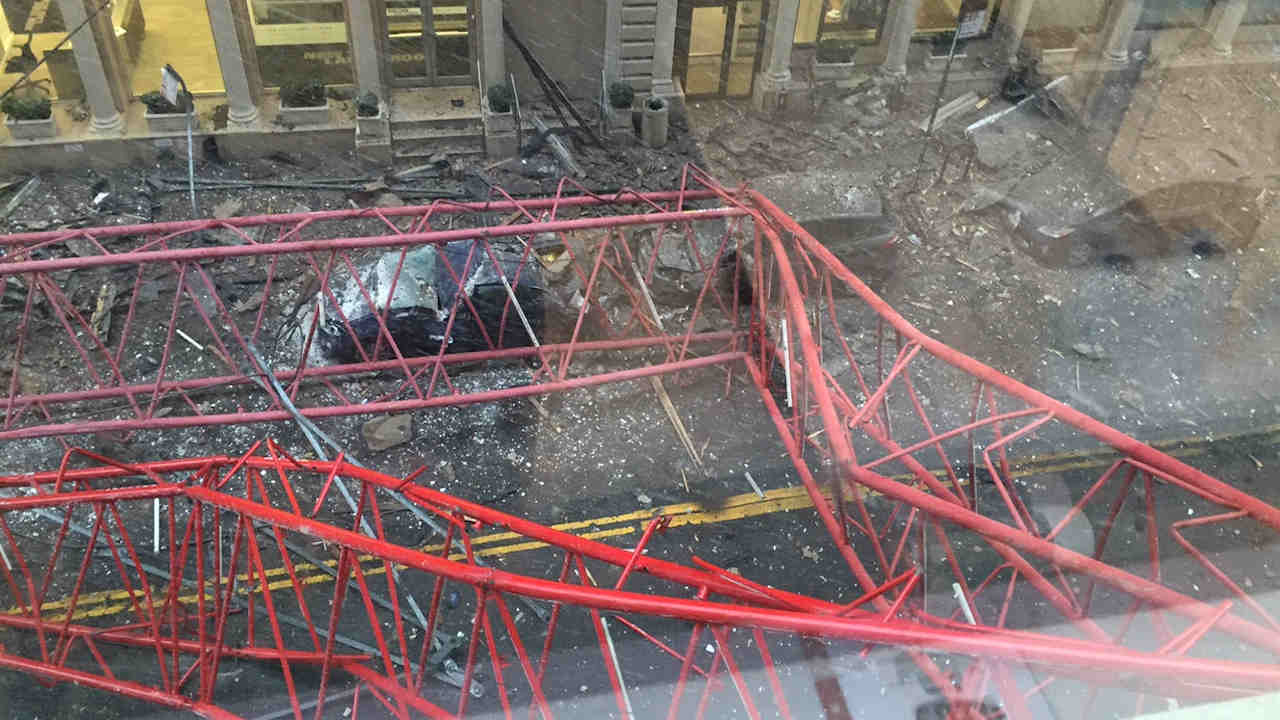 PHOTOS: Crane falls in TriBeca
A crane collapsed at Worth and Church Streets in TriBeCa in Lower Manhattan.
Eyewitness News Investigators have also learned that two days before the fatal collapse, a city inspector had visited the site to inspect the crane to see if it were safe to operate. But upon arrival, the crane was already in use. Galasso was fined $800.

"These fines are a pittance to construction workers and companies," said Susan Karten, a construction safety attorney.

Karten won a huge settlement for a family whose son was killed in a 2008 crane collapse. She said the fines for unsafe operations are so weak they do little to hold a company accountable.

"It's a slap on the wrist and business is back to usual, so I have a real big beef with the fact that these fines just get paid and nothing changes," Karten said.

We've learned the operator is contesting the violations and the $22,000 in fines. They did not return our calls for comment.