An experiment that the students had designed for the International Space Station was aboard the craft.

RELATED: Raw video of the liftoff and explosion

The students wanted to determine whether E. coli bacteria attach to lettuce leaves at a lesser rate in space.

It was one of 19 science experiments chosen to be part of the mission.

Tuesday's launch pad explosion occurred one day after the launch was postponed because a sailboat had ventured into the launch area.

Kevin Redmond, who is the father of one of the students, tellsThe Atlantic City Press he feels bad for the kids and hard to believe that it happened.

No one was injured and officials are trying to determine what caused the failed launch. 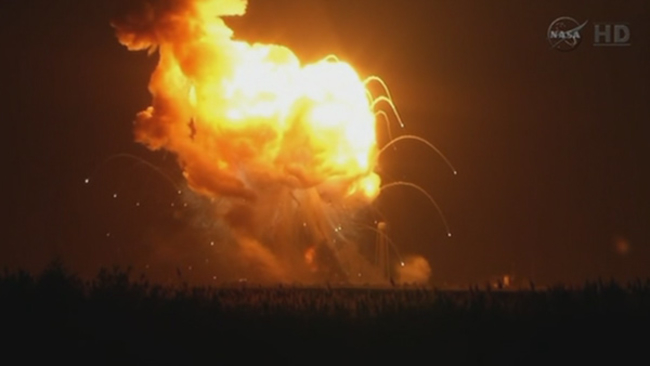