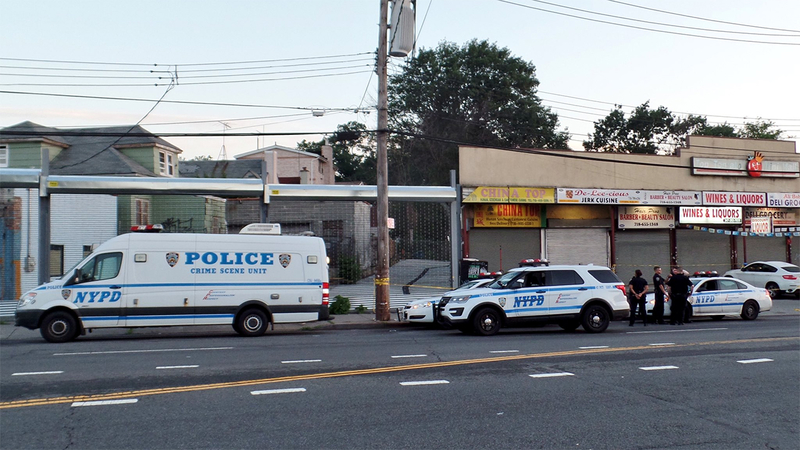 BAYCHESTER, Bronx (WABC) -- Police are searching for a gunman after a shooting in the Bronx that left a 20-year-old man dead and another man wounded.

The shooting happened at about 10:15 Friday night at Boston Road and Tiemann Avenue in the Baychester section.

Police believe the 20-year old, who was shot in the neck and torso, was the intended target.

He was pronounced dead at the scene and has been identified as Armani Womack.

The second man, a 29-year-old, was a bystander who was in the wrong place at the wrong time, police said.