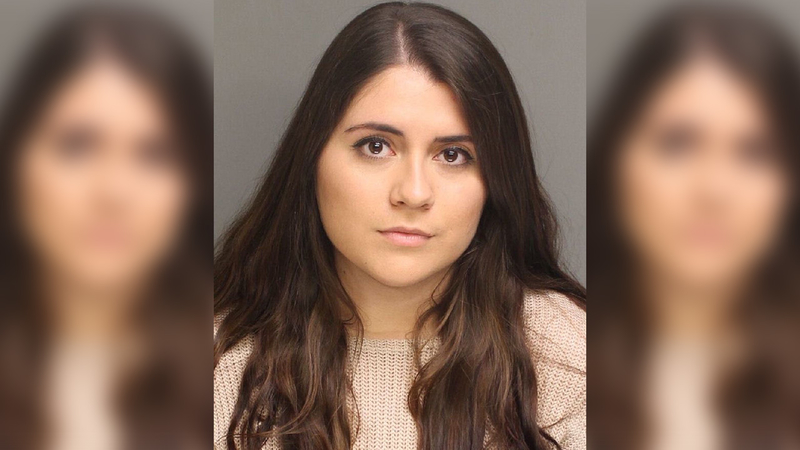 BRIDGEPORT, Connecticut (WABC) -- A female student who claimed she had been raped by two Sacred Heart University students after a football party is now under arrest herself after police say she made up the story and fabricated evidence.

Nikki Yovino, 20, is charged with tampering with evidence and falsely reporting an incident.

Bridgeport police say they investigated a report of a sexual assault against a student last October, allegedly at the hands of one football player and another student, who may have been a previous football player himself.

Captain Brian Fitzgerald tells Eyewitness News that detectives initially believed her and had witness statements that seemed to corroborate her story, and that it appeared the investigation was leading to charging the two students.

But recently, another student came forward and shed light on apparently explicit text messages between alleged victim and the two male students, and Fitzgerald said one of the men had even captured part of the incident on his cell phone.

When the police confronted her with the evidence, she admitted she had made up allegations. Fitzgerald said had she recanted immediately, she might not have been charged. But after months of investigation, they had no choice but to arrest her.

"Whenever there is any kind of incident at Sacred Heart University, we go to great lengths to ensure due process for all parties involved," Sacred Heart University Director of Communictions Deb Noack said in a statement. "The way that this particular case is playing out certainly demonstrates the validity of our procedures."