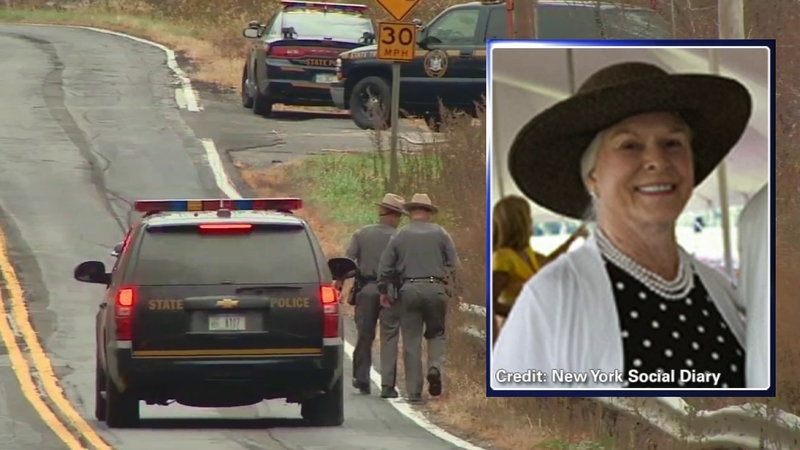 NORTH SALEM, N.Y. (WABC) -- Family and friends are gathering Thursday to remember an 83-year-old socialite from Westchester County who was found beaten to death in her North Salem home.

A wake is being held for Lois Colley at the Clark Funeral Home in Katonah. Her funeral is set for Friday at St. James Episcopal Church.

Flanked by his grandchildren, Eugene Colley was among the first to arrive at the funeral home, faced with the difficult task of greeting mourners coming to pay their respects.

Colley was murdered Monday, found bludgeoned to death in the laundry room of her home on Windswept Farm, a 300-acre estate. It was a shocking act of violence in Westchester's affluent Horse Country.

The victim lived with her husband Eugene Colley, a millionaire who is one of the biggest owners of McDonald's properties in the country and known as a master fox huntsman. Police say he is not considered a suspect.

Authorities said Colley died of blunt force trauma. No valuables were taken from the home, and police say there was no sign of forced entry.

In the hours after the gruesome discovery, police scoured the woods near the farm, searching for the possible murder weapon, believed to be a small fire extinguisher. State police are now offering a $2,500 reward for information in an attempt to generate leads.

Colley, an active volunteer in her community who was involved in several different organizations in town, will be buried at June Cemetery on June Road.