Coronavirus update for NYC
WABC
NEW YORK (WABC) -- New York City's entire public school system is closed for in-person learning through Thanksgiving as coronavirus rates continue to tick upward, and it could be the first domino to fall in a larger rollback of the city's reopening from the first wave of COVID-19.

Many outraged parents are complaining that schools are shut down while businesses like bars and bowling alleys remain open, but city officials hinted that is likely to change soon.

Governor Andrew Cuomo announced Wednesday that New York City would go to an orange zone if the positivity rate eclipses 3%, which would shutter indoor dining, gyms and other establishments.

"It's just a matter of time, and very likely to be in the next week or two," Mayor Bill de Blasio said of the closures of indoor dining and gyms.
EMBED More News Videos

Schools Chancellor Richard Carranza said the goal is to reopen schools by next month, although there is no clear path to an agreement with the United Federation of Teachers union on establishing an in-school threshold for students to return.

Cuomo said schools can "test out" of orange zones and reopen if they remain closed for at least four days, clean, and test people as they return.

Private schools are not impacted by the city ruling and remain open for in-person instruction.

During his daily briefing Wednesday, de Blasio said the positivity rate is "exactly on the nose" of 3% on the seven-day rolling average. Thursday, the 7-day average was 3.01%.

By state measure, the city's seven-day rolling average was 2.5% on Wednesday while the city said it was 3.00%.

There is a national shortage because of demand. 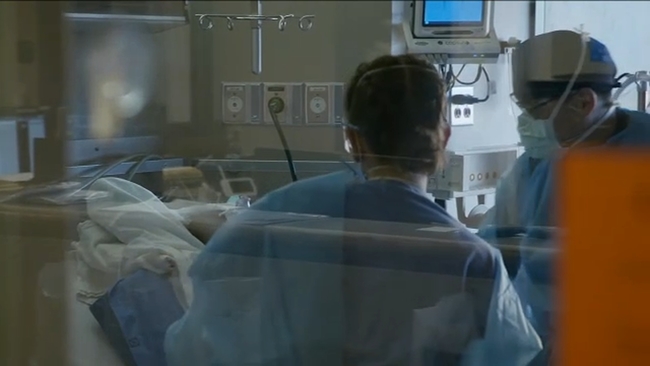