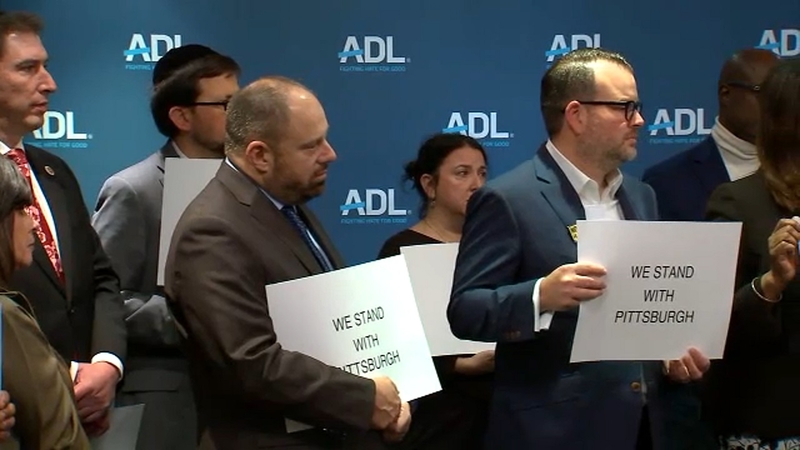 The mayor was joined by Muslim, Jewish and Christian leaders including Cardinal Timothy Dolan and Rev. Al Sharpton for the interfaith gathering at Temple Emanu-El in Manhattan.

"Everyone wanted to be here to send a message of solidarity to the people of Pittsburgh, to the Tree of Life Synagogue community but also to the larger community of this city, particularly the Jewish community, that we stand with you, that we will not let anyone harm you" said the mayor.

De Blasio says city police will be out in force to protect synagogues and Jewish centers.

Brooklyn Borough President Eric Adams was there to join the Flatbush Jewish Community Coalition and religious leaders at the Ohel Bais Ezra Children's Home and Family Services on East 14th Street in Midwood.

Adams spoke out against "anti-Semitism, bigotry, and hate in all its forms."

A rally will also be held at the Anti-Defamation League headquarters in Manhattan. The ADL says attacks on the Jewish community have been up 57 percent since 2017.

Authorities in Pittsburgh say Robert Gregory Bowers opened fire inside Tree of Life Synagogue on Saturday during worship services, killing eight men and three women before he was shot and wounded by police.

Saturday night hundreds of people attended a vigil in Union Square in memory of the victims.