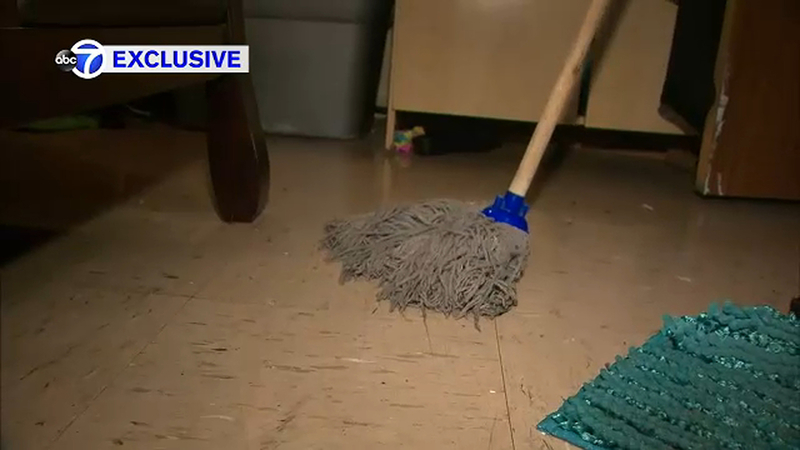 EAST NEW YORK, Brooklyn (WABC) -- In an Eyewitness News exclusive, an elderly NYCHA tenant is pleading for repair of a leak in her apartment.

The water that puddles on the floor in Maria Mercado's bedroom at the Cypress Hills Houses in Brooklyn - the water she spends hours mopping every day, comes from a leak in the wall behind her bed. There are electric outlets in that wall.

"I was getting out of bed in the morning - the water had leaked all night long," she said through a translator, saying she slipped in the puddle.

Mercado screamed for help, but it was early and no one heard her. She still has bruises on her leg from the fall.

NYCHA said they have scheduled someone to fix the leak.

NYCHA has sent people to look at the problem. They patched a hole in the kitchen wall, but didn't fix it. When a window broke in her kitchen, it took four years for it to be fixed.

Mercado, who is 81 years old, has emphysema and says her breathing has gotten more labored because of the humidity, and her doctors are testing her blood to see if the peeling paint may have lead in it. In the meantime, Mercado mops up the water and waits.

"Every month I pay my rent on time," she says, "I can't keep living like this."