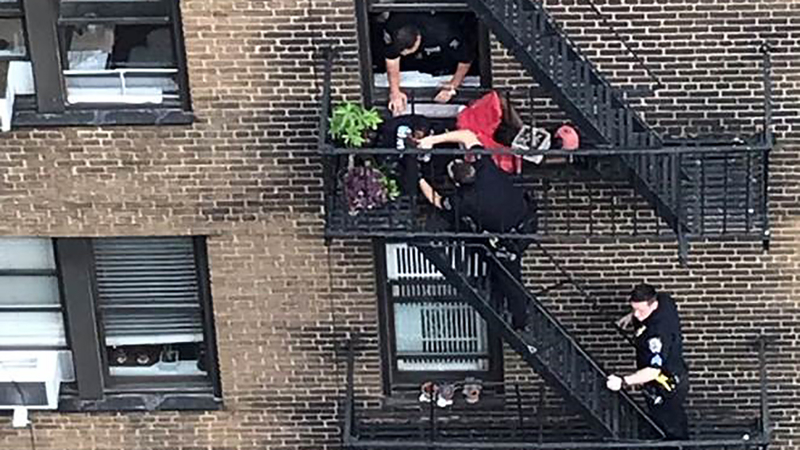 UPPER WEST SIDE, Manhattan (WABC) -- Police have arrested two men following a crash that they say turned into a kidnapping that took the suspects through three New York City boroughs.

It apparently started when a deliveryman crashed into the car in Bushwick, Brooklyn, Monday afternoon. Authorities say the suspects, 33-year-old Rondell Halley and 24-year-old Francisco Jimenez, then demanded $700 from the deliveryman for damages.

When he refused, police say they took him hostage at gunpoint and drove to Queens.

The deliveryman's boss reportedly agreed to meet the suspects on the Upper West Side of Manhattan to a pay ransom, and then he called police.

When the suspects arrived, officers moved in to make the arrest. Police say the suspects fled south on Broadway but crashed at West 71st Street, then tried fleeing up a fire escape.

Officers chased them through the building and eventually took them into custody.

They are charged with kidnapping, drug possession, weapons possession and reckless endangerment.