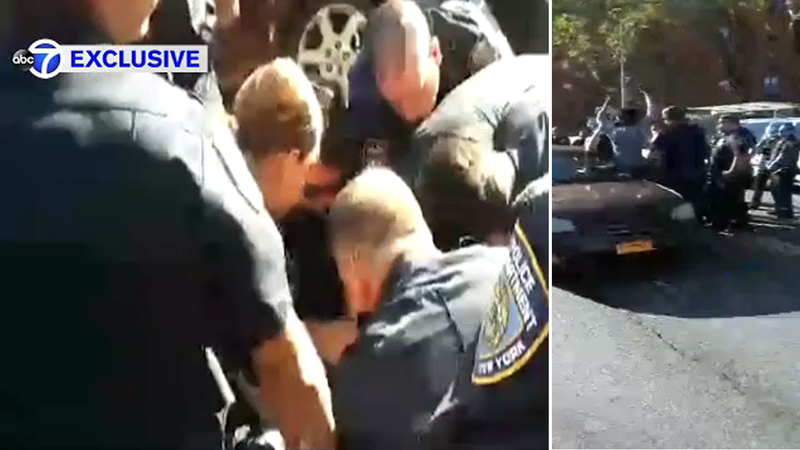 LONG ISLAND CITY, Queens (WABC) -- A man from Queens has filed a lawsuit against the NYPD and New York City over what he says was a case of excessive force against him.

The youth basketball coach was on his way to a game when he stopped for coffee. When he got out of the car, he was met by patrol officers who he says demanded to know where he was coming from and where he was going.

To this day, he says he still doesn't know why the officers approached him, but he answered their questions and said he complied with their commands.

He said despite following their orders, he was still wrestled to the ground and put into handcuffs by at least eight officers. He claims he was beaten and one officer even twisted his genitals.

Collins said he was scared for his life.

He said he was taken to the 114th Precinct for several hours and claims he was questioned about recent shootings in the area.
EMBED More News Videos

Collins said he told the officers he knew nothing about the shootings and was then issued a ticket for a seat belt violation and for failing to obey a police command. He was not charged with resisting arrest.

He was later treated and released from Elmhurst Hospital for wrist and shoulder sprains.

His attorney, Nora Constance Marino, has filed a civil rights lawsuit against the City of New York and the police department for false arrest, excessive force and for violation of his Constitutional rights.

Collins said he was unable to coach his youth basketball team so the team was left without a coach and the children were forced to forfeit their game.