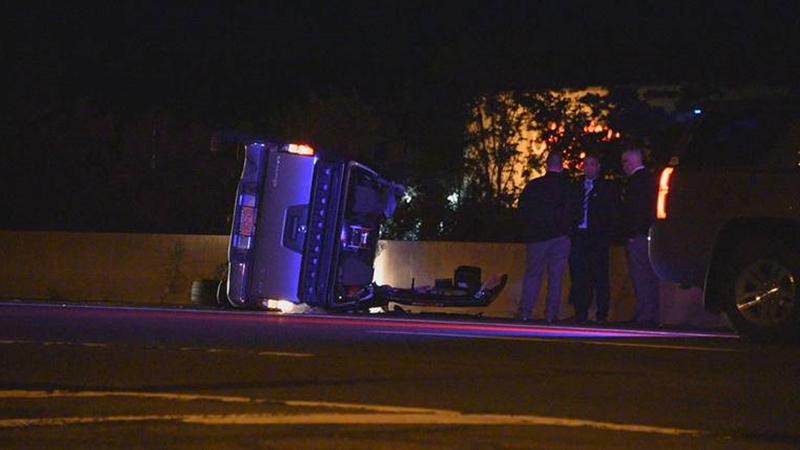 DIX HILLS, Suffolk County (WABC) -- An off-duty NYPD officer was killed in a crash on the Long Island Expressway in Suffolk County.

Ryan McKenna was driving a 2018 Nissan Frontier and apparently lost control of his vehicle just after 11 p.m. Monday in Dix Hills.

It happened near Deer Park Avenue at Exit 51.

Suffolk County Police Highway Patrol units responded to the eastbound lanes and found the vehicle overturned with the driver trapped inside.

Officer McKenna, 30, was not breathing and EMS performed CPR on the way to Good Samaritan Hospital, but he was later pronounced dead.

Authorities say he was not scheduled to work Monday.

McKenna joined the NYPD in 2015 and was most recently assigned to PSA 9 in Queens, where he worked in the Woodside Houses.