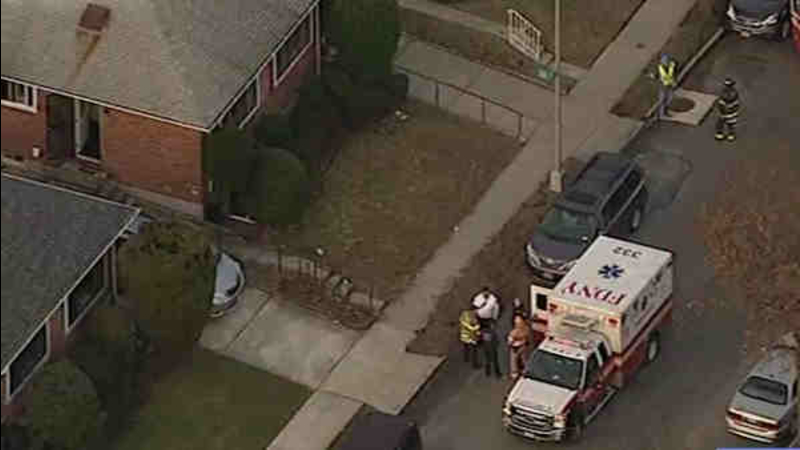 5 rushed to hospital due to carbon monoxide

BAYSIDE, Queens (WABC) -- Five people were treated for exposure to carbon monoxide following a leak in a house in Queens Tuesday.

The victims were pulled from the house on 77th Avenue just before 6 a.m.

The New York City Fire Department received a call about a medical emergency around 5:30. Members responded and their personal CO meters started going off (all members wear individual meters).

There was no working CO alarm in the house

The home was evacuated, and the boiler in the house was shut down.

Five people, including two children, were taken to Nassau County Medical Center. Four had serious, but not life threatening, injuries. All five were expected to undergo hyperbaric chamber treatments.

Con Ed also responded to the scene and shut down what it said was a faulty heating unit in the house. Con Ed said the CO levels were about 500 parts per million.

"We heard children crying in the bedroom and we realized the carbon monoxide was really starting to climb. There were no CO detectors in the home, and if we hadn't been called there, they would have had no way of knowing," said FDNY Lieutenant Thomas R. Minelli of Engine 326 in Queens.

"You can't smell or see CO in the atmosphere. It happens so quickly, you don't even realize it. You could be overtaken so fast. There were three adults and two children in the home, and they were very lucky that this didn't end in a different way."