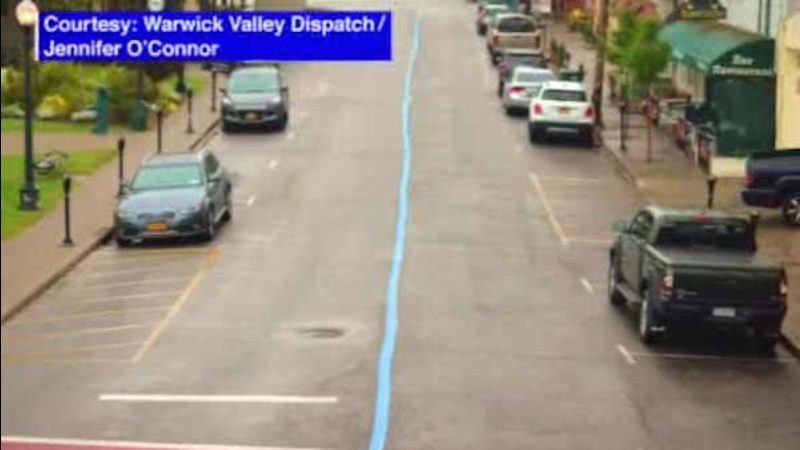 WARWICK, New York (WABC) -- A community in Orange County is divided over a line in the street.

The controversy started when a blue line was painted in support of police.

The solution has some residents upset. The issue was the subject of a meeting Monday night, in which police had to be called in to deal with the standing room only crowd.

Cell phone video showed the overflow crowd that crammed into Village Hall over a red, white and blue line that has literally divided residents in Warwick.

The original line was a single blue stripe painted in October on Railroad Avenue.

The purpose: a show of support for police.

"I think we need to support our officers and those who defend us and protect us," said resident Ginny Schaper.

Warwick is 91 percent white, home to many in law enforcement.

The village is a designated safe space, considered welcoming to diverse groups, including the LGBT community.

But there was opposition to the blue line and an online petition calling for its removal, citing abuse of power and the shooting of unarmed black men nationwide.

"I was in shock that Warwick put it there because I just know how many people now, because of the newer meaning behind it to a lot of people can be hurtful," said community activist Danielle Barbour.

The proposed solution of adding red and white as a symbol of unity and inclusiveness has made matters worse, infuriating supporters of the original blue line.