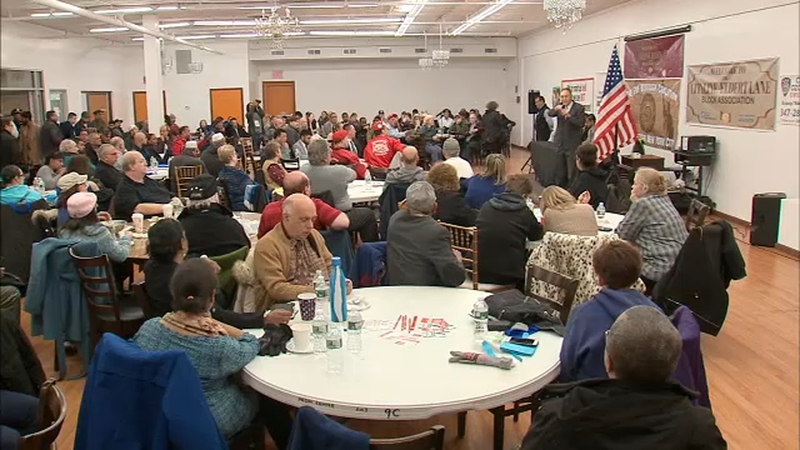 Queens community calls for more protection after spike in crime

OZONE PARK, Queens (WABC) -- A community in Queens plagued by violent crime had a meeting with community leaders to demand increased security.

Thursday night's meeting comes on the heels of two recent attacks, including one that left a 61-year-old man in a coma last weekend.

Police from two of the three Ozone Park precincts attended a private meeting with community leaders to address what some say is a sudden spike in crime ahead of a larger meeting open to the public.

Those who attended the meeting said the NYPD didn't offer much help, which left leaders turning to the state for more local police patrols.

But many say the state government is letting them down too and they are demanding change to the bail reform law.

As the number of victims started to rise, and police were slow to respond, Ozone Park residents started to put together their own community patrol that already has dozens of volunteers.

Iqbal Ali has invested some of his own money to make it happen.

"God has gifted me in this country to be a successful business owner, so I feel like it's up to me to give back to my community and leave a safer community for the next generation," Ali said.