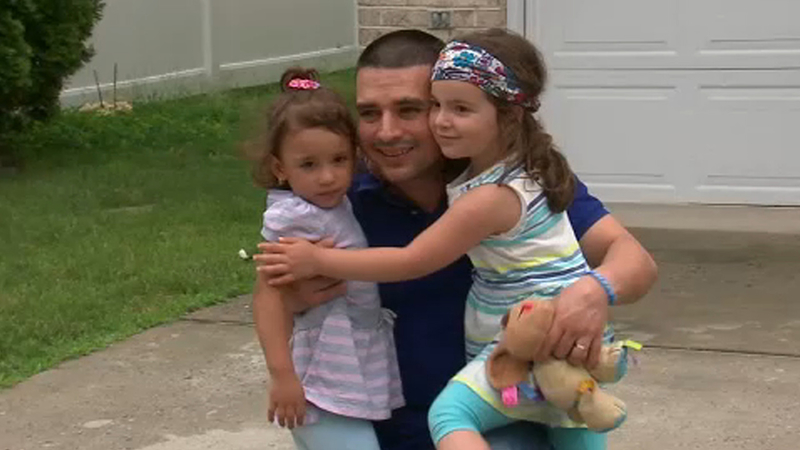 HEMPSTEAD, Long Island (WABC) -- There was a happy reunion for a family on Long Island after a judge ordered the immediate release of an Ecuadorean immigrant being held for deportation after he delivered pizza to a Brooklyn Army installation.