Beloved Brooklyn deli stays in business, thanks to gift from production company 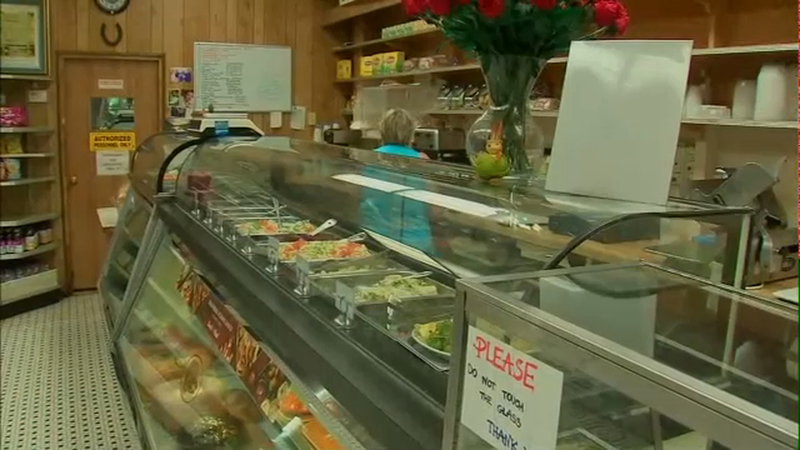 Brooklyn deli gets to stay in business

GREENPOINT, Brooklyn (WABC) -- A beloved deli in Brooklyn faced with the threat of closing up for good is staying in business.

Thanks to a generous gift, the Park Deli in Greenpoint will be able to keep its doors open.

"I like to be with the people," said the owner, Krystyna Godawa.

And one year later, she still is. Krystyna Godawa is still working, still making her famous chicken cutlet sandwiches. And what may be the best pierogis this side of the East River.

Yes, the Park Deli is still open. Something no one could have predicted when we first met Krystyna last summer when her landlord doubled the rent and Krystyna faced eviction.

Neighbors weren't going to stand for it. They loved the food and Krystyna too much. In the end it was one of her biggest customers who came to the rescue.

Broadway Stages, the New York City film and television production company, paid $30,000 to cover the rent increase and is ordering Krystyna's food for their local productions. It's a lifeline to help keep the Park Deli in business.

"She's a staple for the local community but more importantly for our TV and film industry who all eat her amazing food," said Warren Cohn of Broadway Stages.

"Thank God for Broadway Stages who's like an angel for me," said Krystyna. "I must keep the business. I owe it to my customers to promise to have and be with them also."

The deli was first opened by a German immigrant in the 1930s. Krystyna, an immigrant from Poland, bought the deli with her life savings ten years ago only to find herself in one of the city's hottest neighborhoods.

"I wish to not close the store, I wish to stay here," Krystyna said.