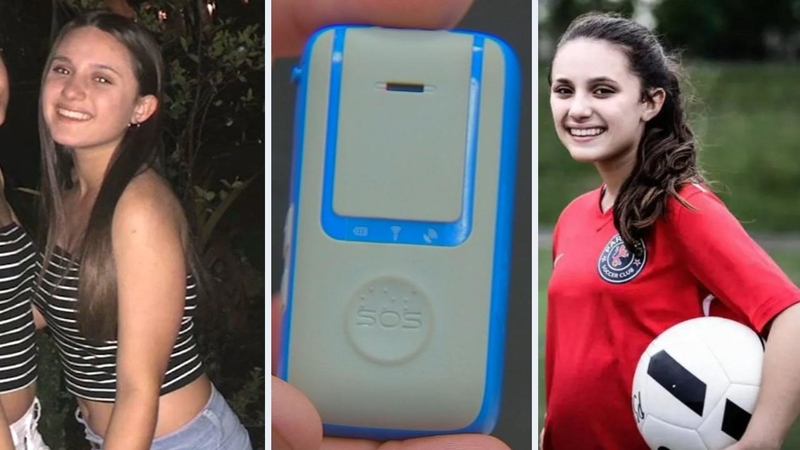 NYACK, Rockland County (WABC) -- A pair of New York lawmakers hosted a press conference Friday to announce the introduction of "Alyssa's Law," named after Alyssa Alhadeff, who was killed in the 2018 Parkland shooting.

Senator Elijah Reichlin-Melnick and Assemblyman Ken Zebrowski welcomed Alyssa's cousin Jadyn Turner and her father Jordan, who are residents of Nyack and have advocated for "Alyssa's Law'' to be implemented across the nation.

The bill requires public schools to be equipped with panic alarms for use in an active-shooter situation and other emergency situations that require a rapid first responder/law enforcement response.

"Alyssa's Law does not stop school shootings, which is nearly impossible at the moment," Jadyn said. "But it can give students a much higher chance of getting out of the building alive and keeping less students injured."

Authorities said Friday they had not yet identified a gunman who stormed a FedEx facility near the Indianapolis airport, killing 8.

The impact of gun violence is personal for the Turners after the shooting at Marjory Stoneman Douglas High School in Florida.

"We may not save every life," Jordan said. "We know this isn't going to save every life. But it may save a life. Of 17, maybe those last few people would not have died."

The panic alarms would immediately notify law enforcement, decreasing the response time where every second could mean the difference between a life saved and a life taken.

New Jersey enacted Alyssa's Law in 2019, but in New York, the legislation has stalled.

Many districts already utilize such devices, but the law would require every school to have at least one silent alarm -- with the state reimbursing the cost.

"We're aware that many districts, seeing what's happened in schools around the country, have chosen to go this route of setting stuff up that can communicate directly with law enforcement authorities," Reichlin-Melnick said.