Fire breaks out at Brooklyn synagogue during Passover 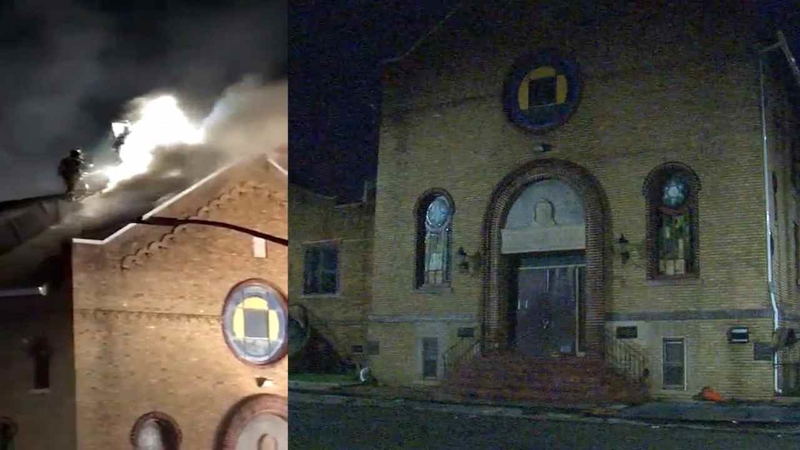 SEAGATE, Brooklyn (WABC) -- A two-alarm fire burned through a synagogue in Brooklyn early Thursday, during the week of Passover.

The fire broke out inside the Congregation Kneses Israel of Seagate synagogue in the Seagate section just before 12:30 a.m.

Flames quickly shot through the roof.

Nine Torah scrolls were safely removed from the location, including one that was also rescued from flooding during Superstorm Sandy, which cause widespread damage in Seagate.