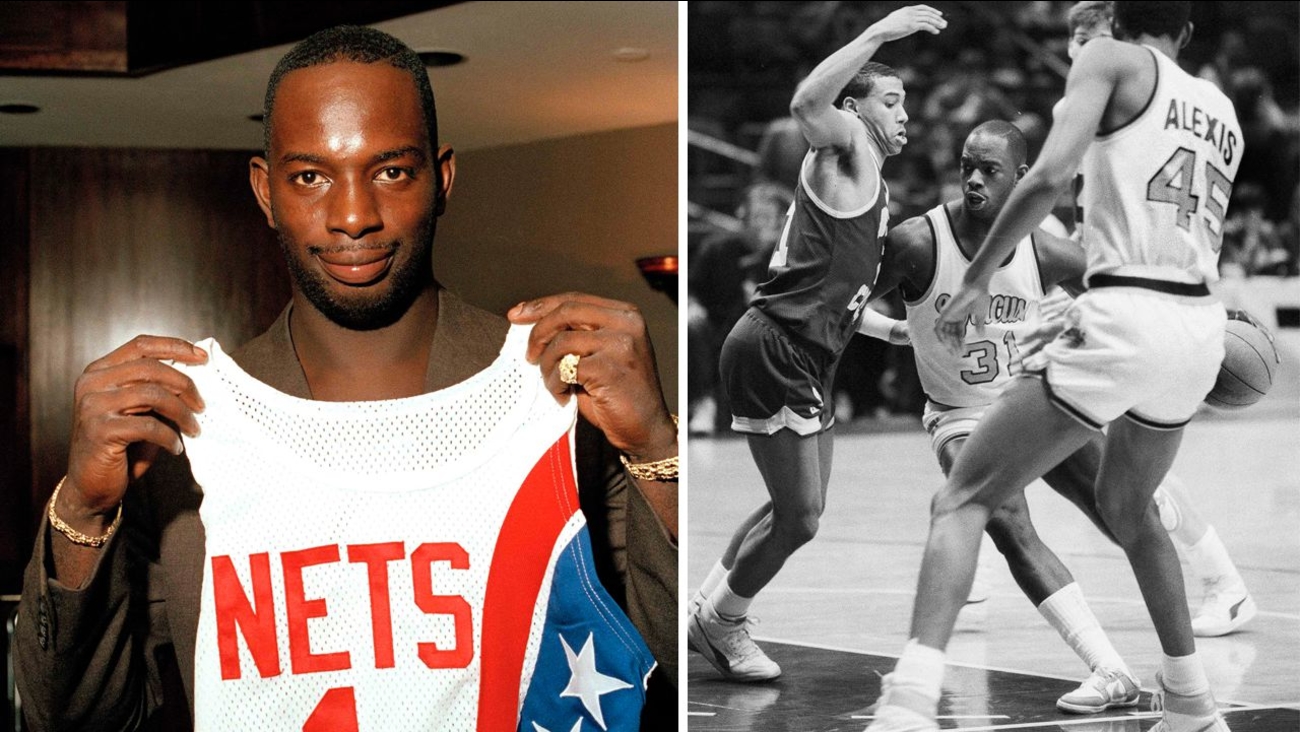 Washington was not particularly fast, nor could he jump particularly high. Neither mattered - he simply excited fans with his amazing ball-handling skills, an uncanny court sense, elusiveness, and the ability to pull off unbelievable plays at the right time.

His signature move was the crossover dribble - the "shake-and-bake" - that froze defenders, then a drive to the hoop for an easy layup past the defense's big men. His play was instrumental in helping create the aura of greatness the Big East Conference had during its heyday in the 1980s and 1990s.

He had been coping with medical problems since a brain tumor was first diagnosed in 1995 and recently required around-the-clock medical coverage and a wheelchair to move around.

Washington had surgery last August to address the recurrence of a brain tumor. The first tumor was benign.

Current and former players, as well as others associated with the program, rallied in support of Washington during his illness. A GoFundMe page was set up, #PrayersforPearl became the slogan for Syracuse basketball, and ESPN college basketball analyst Jay Bilas gave the movement some national exposure. During a broadcast, Bilas wore the all-orange "Pearl" warm-up shirt that Syracuse players wore on the bench in games starting in late January to pay tribute to Washington.

Dwayne Alonzo Washington was born in Jan. 24, 1964, and grew up in the Brownsville section of Brooklyn, acquiring his nickname as an 8-year-old when he was compared to former NBA star Earl "the Pearl" Monroe.

Washington made his mark in a nationally televised game on Jan. 24, 1984, against Boston College.

When Martin Clark missed a free throw for the Eagles in a tie game with only seconds on the clock, Washington took an outlet pass, raced up court and swished the winning shot from beyond half court as time expired.

Exhibiting his flair for the dramatic, the 6-foot-2 Washington never stopped running after he took the shot until he made it to the locker room.

The Orange entered the top 20 the week after that memorable shot and remained there for the rest of Washington's college career. Later that winter, he set a Syracuse record with 18 assists against St. John's.

A New York City playground legend who starred at Boys and Girls High School and on playgrounds throughout the city, Washington was the most highly recruited basketball player in the country after averaging 35 points, 10 rebounds, and eight assists as a senior. He committed to Syracuse in 1983 determined to make the Carrier Dome his home, left an indelible mark on Orange basketball, and ranks as one of Boeheim's most important recruits.

"I can't underscore how big a moment that was for our program," Boeheim wrote in his recent book "Color Him Orange: The Jim Boeheim Story." ''I believe at that point we officially went from being an Eastern program to a national program. Everybody knew who the Pearl was."

As a freshman, Washington led the Orange to the conference tournament finals against nemesis Georgetown, but a controversial call late in the title game allowed the Hoyas to tie the game in regulation and they won in overtime.

Washington had some of his best moments in an arena he cherished - Madison Square Garden. As a junior, he had a 35-point game against St. John's and again led the Orange to the Big East finals in 1986 after a dramatic 75-73 overtime win over Georgetown in the semifinals. In the championship game against St. John's, Washington had 20 points and 14 assists but was denied a game-winner when Walter Berry blocked his layup after a court-long dash.

After losing 97-85 to Navy and David Robinson in the second round of the 1986 NCAA Tournament, Washington announced he would forgo his senior year and enter the NBA draft, the first player under Boeheim to leave school early.

Washington left an impressive trail in his wake: Big East rookie of the year, first-team Big East all three years of college, and first team All-American his junior year. He averaged 15.6 points, 6.7 assists and 2.7 rebounds and led the Orange in assists and steals in each of his three years at the school. He finished his college career as the school's all-time leader in assists and still ranks third despite playing just three years.

Washington was the 13th pick in the first round of the NBA draft and went to the New Jersey Nets. He played two seasons with New Jersey and played his final NBA season with the Miami Heat in 1988-89 after the Heat selected him in the 1988 expansion draft.

Washington's size and lack of speed were not well-suited to the fast pace of the NBA. He averaged 7.6 points and 4.2 assists for the Heat and finished his brief career with 256 steals and 733 assists in 194 games.

Syracuse retired his No. 31 jersey in 1996 and his high school followed suit earlier this month in a final tribute.