Pedestrian, cyclist deaths down in NYC, NYPD data shows, but it may not last 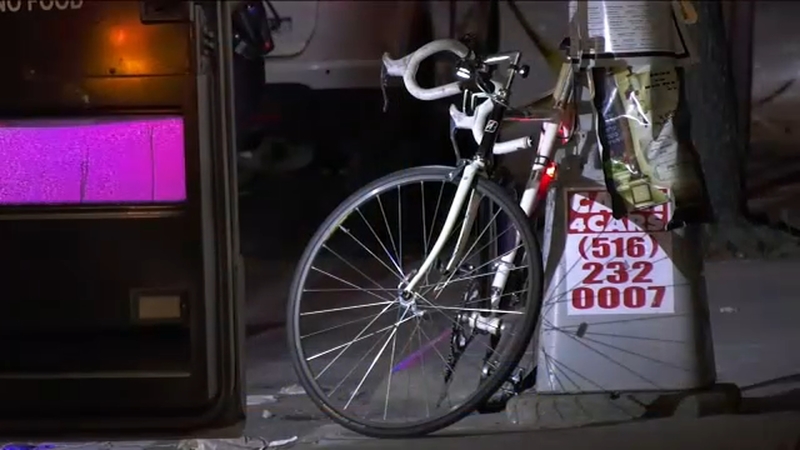 Bicyclist deaths on the rise in New York City

NEW YORK CITY (WABC) -- New NYPD data shows bike and pedestrian deaths are down, but that may not be the case for long with a spike of cyclist fatalities in the first half of September.

Pedestrian deaths have dropped 23% from 2019 and bicyclist deaths 19%, but it may be short lived.

"No one should face the choice of keeping yourself safe from the virus while exposing yourself to deadly risk," activist John Pitts said.

Related: Speed limits reduced at 9 of the most dangerous streets in NYC

He says that's exactly the reason why his younger sister is no longer with us.

Cyclist and activist Sarah Pitts, an assistant district attorney in Brooklyn, took up cycling amid the pandemic. But after leaving a meeting with Black Lives Matter protesters early on September 7, tragedy struck.

"(She) was on her way home from that meeting when she was struck and killed," John Pitts said.

She was killed by a tour bus, her bike left at the scene. That section of Wythe Avenue under the BQE has a bike lane, but it's not protected.

Officials say 17 bicyclists have been killed on city streets in 2020, but data from the NYPD shows that six of them happened in the first two weeks of September.

Related: Bicyclist dies after being hit and dragged by MTA bus in Queens

In the latest incident, on September 10, 29-year-old Yasmani Gomez was crossing Ocean Parkway when she was struck and killed by a camaro.

Danny Harris works with Transportation Alternatives and says the city has been too slow to install new protected bike lanes.

"These are preventable deaths," he said. "Last year was shameful. We saw an almost 200% increase in bike fatalities, and now we're on track to reach a similar number, especially as we have a city that's not even open yet. The responsibility falls squarely on Mayor de Blasio."

But NYPD Transportation Chief Nilda Hofmann said officers routinely increase enforcement in dangerous areas, and the number of speed cameras has been doubled since January. Still, she adds that traffic is on the rise, post lockdown.

"Less vehicles out there does help for the cyclists," she said. "Also, we have more speed cameras out there, January compared to now. We have more bike lanes."

"Vision Zero, if it's anything other than a marketing campaign, means zero," John Pitts said. "For six deaths to happen in September alone is horrifying. It's a failure of Vision Zero, and unless real effort is put into making that number zero, there's going to be another grieving family next week, next year, and that shouldn't happen."

Those wishing to honor Pitt's legacy can made a donation to the the Parole Prep Project.

"It's a nonprofit that helps long-term prisoners who are up for parole readjust to their new life and get a second chance," he said. "Something Sarah very strongly believed in."