Woman dies after being struck by van, dragged in Suffolk County; driver arrested 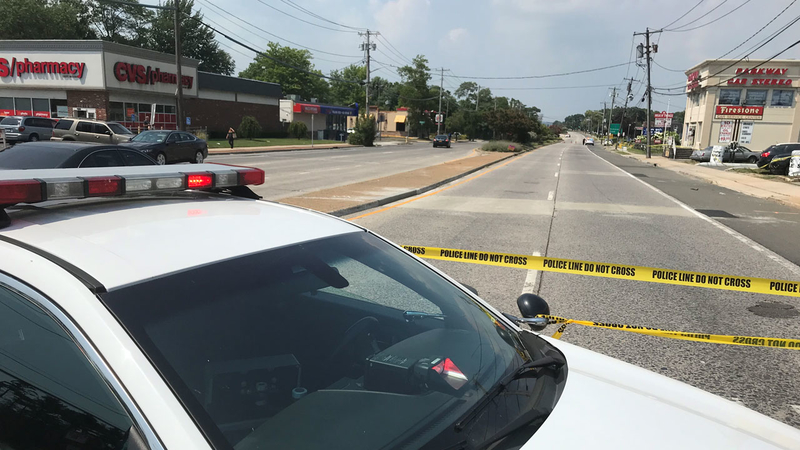 Woman dies after being struck, dragged on LI; driver in custody

NORTH BABYLON, Suffolk County (WABC) -- Police say an AutoZone deliveryman is under arrest after he allegedly struck a woman with his van and dragged her hundreds of yards in Suffolk County.

A second victim, a man, also suffered injuries in the same incident, which happened around 1 p.m. Monday in North Babylon.

Police say both victims were struck in a driveway at Commack Road and Route 231 near an AutoZone store.

According to Suffolk County Police, 26-year-old Donnell Hicks was driving a 2017 Dodge Ram work van when he struck Ann Marie Christina, 38, and Eric Krems, 40, in front of the store.

Police said Hicks did not stop and continued traveling northbound on Deer Park Avenue while dragging Christina, who was caught underneath the vehicle.

Hicks made a right hand turn onto Shade Street in Deer Park.

Christina became dislodged from the van after several hundred yards and came to rest in the roadway while Hicks continued on his route, according to investigators.

Christina, of East Quogue, was transported to Good Samaritan Hospital Medical Center, where she was pronounced dead.

Krems was treated for non-life threatening injuries and released.

Suffolk County police shut down a half-mile stretch of Deer Park Avenue as they worked to piece together what happened.

Authorities elsewhere impounded a delivery truck in Ronkonkoma. They would not confirm if that vehicle was involved in the incident.

Hicks, of Springfield Gardens, Queens, was located later at the AutoZone store. He was charged with leaving the scene of an accident resulting in death. He is due in court later Tuesday.