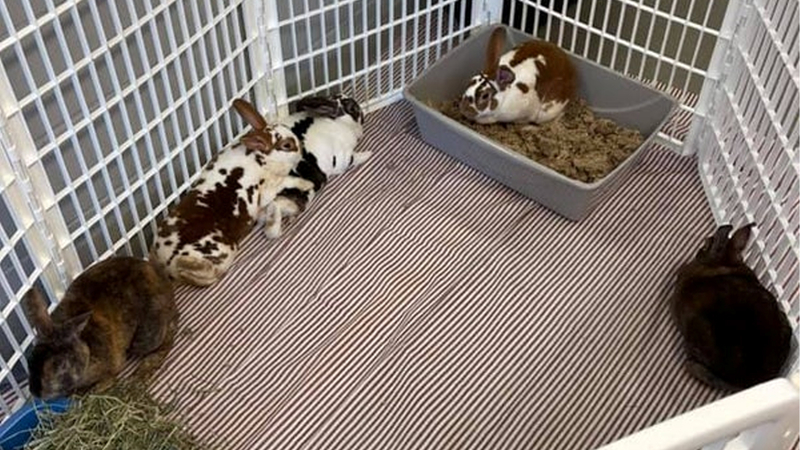 SOUTHOLD, Suffolk County (WABC) -- Several bunnies have been found on the North Fork of Long Island.

Animal rescue officials say they don't know where all of the rabbits, which appeared to be pets, are coming from.

The North Fork Animal Welfare League says the bunnies have been found in different locations around Southold.

They fear they may have been pets bought for Easter and dumped now that the novelty has worn off.

They say that the rabbits may have reproduced once dumped as well.

Anyone with information or to claim their missing rabbit should call the NFAWL at 631-765-1811.