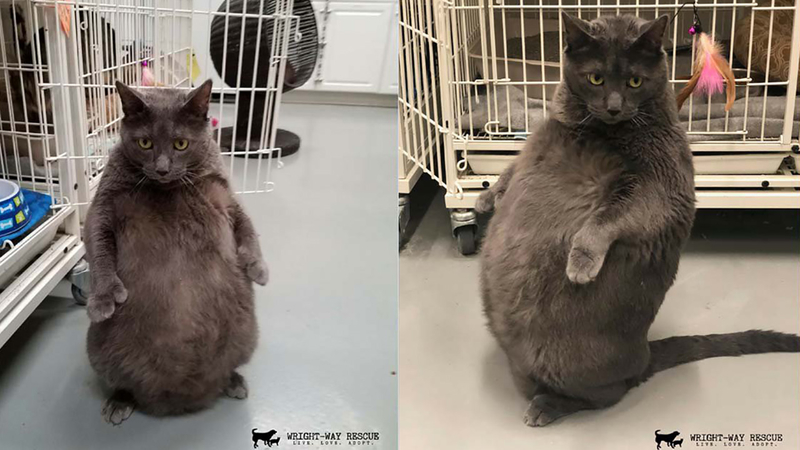 CHICAGO -- After worldwide interest, Bruno the cat has a new home.

The Russian Blue became an internet sensation after Morton Grove shelter Wright Way announced he was looking for a new family. Cats of his breed usually are supposed to weigh between 7 and 10 pounds, but Bruno tips the scale at 25.

Most of Bruno's days are spent laying around, but he's never far from his family. He likes to play with his feather wand toy, lay on the floor or in your lap, and "chat" with his family all day long.

Bruno likes to stand on his hind legs, usually when he wants food. No one is sure how he learned this special trick, but everyone agrees it's hilarious.

Wright Way said applications to adopt Bruno came in from all over the world after he went viral, but a South Loop couple went the extra mile.

They sent in a song called "Gimme That Fat Cat" written by a member of Second City, who is a friend of the couple, about Bruno the fat cat.

While Bruno knows he's extra and his new family said they love him just the way he is, they still plan to put him on a diet to keep him healthy.