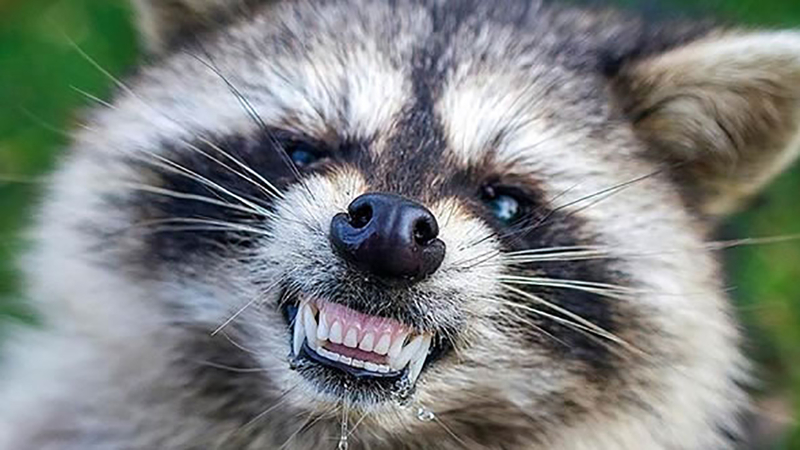 MAYWOOD, New Jersey (WABC) -- A raccoon is being tested for rabies after terrorizing a New Jersey neighboorhood Thursday.

The raccoon reportedly lunged at 82-year-old Roy Demaio, who was sitting on a lawn chair on the 700 block of Palmer Avenue in Maywood around 1:30 p.m. He suffered bites to finger, arm, and leg.

"I felt something clawing or biting at me. I thought it was a dog," he said.

The raccoon was angry while it was biting at his leg. Demaio's blood left prints on the chair.

"About a half hour later, headquarters got another call about children and adults confronted by the raccoon in a backyard," said Maywood Police Sgt. Matt Parodi.

The animal then chased children and adults in their backyard before jumping onto a 72-year-old man's back while he was doing yard work. He sustained a laceration to his back.

RELATED: Raccoon that attacked 3 people in Westchester County confirmed to have rabies

Police later found the raccoon trying to get into a window and scratching on the side of a house. While there, the officers used a Taser on the animal, but it seemed unaffected.

Twenty minutes later, officers were in a backyard near Desoto and Briarcliff Avenues when the raccoon emerged aggressively. One officer fired three rounds at it, but it was not hit.

Animal control was able to capture raccoon alive -- and it will now be tested for rabies.