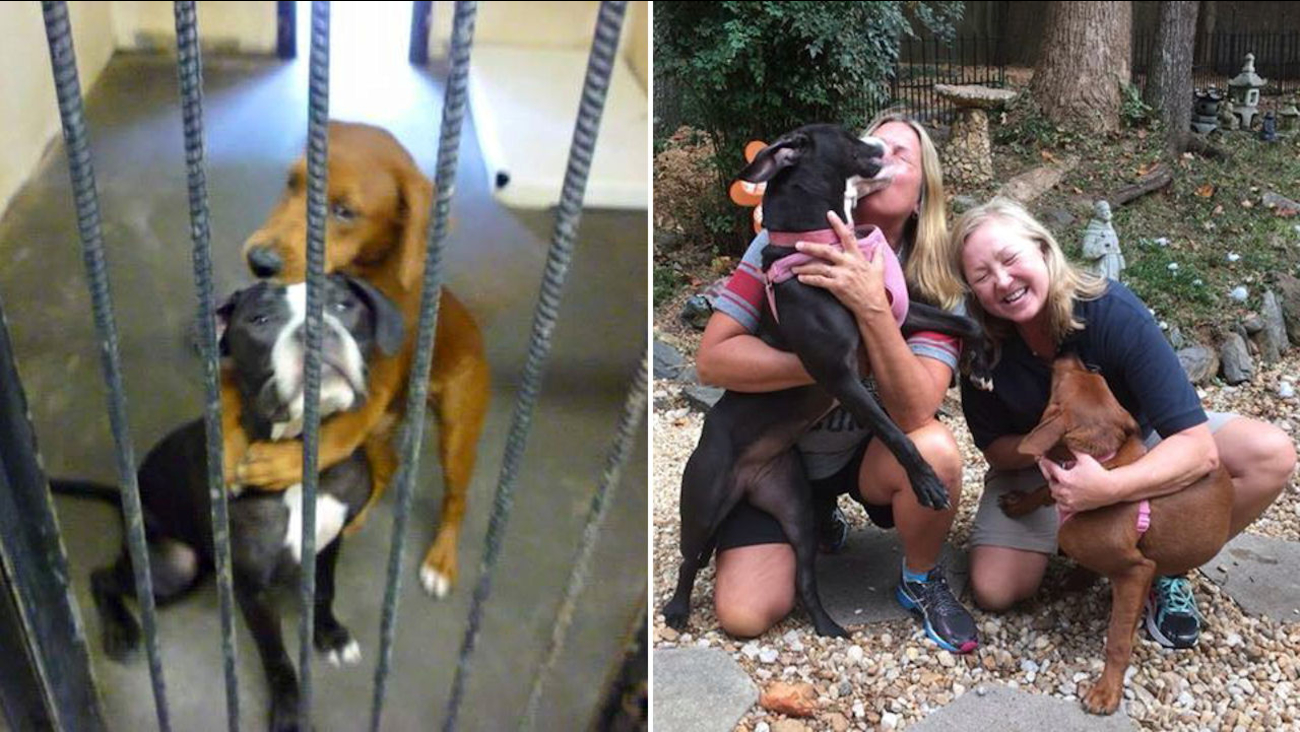 Kala and Keira, rescue dogs and best friends, went viral for a photo in which they appeared to be hugging (left). They just found a forever home in two human best friends (right). (Malena Evans/Property of Etowah Valley Humane Society|AngelsRescue.org)

Two shelter dogs whose story went viral thanks to a photo of them hugging have found forever homes, and their new family couldn't be more fitting. The four-legged friends are now living with two human besties who happen to live together.

Kala, an 11-month-old hound mix, and Keira, a 15-month-old boxer mix, first went viral on social media in July after the Angels Among Us Animal Rescue in Atlanta posted a photo in which the two appeared to be locked in a somber embrace. The original Facebook post, written from Kala's perspective, explained that the dogs would have to be euthanized if they were not adopted by the end of the day.

Bryan Canty, director of the Etowah Valley Humane Society, explained to ABC that the photo was taken by their adoption coordinator as she looked for animals to bring into the shelter. Though EVHS was unable to find room for the dogs, Angels Among Us saw the photo and vowed to get the word out.

Angels Among Us's original post has since been updated to say that it took just over two hours after posting for the two to find a foster home. The original post has been shared more than 15,000 times on Facebook.

Three months after the original post, Angels Among Us announced that the pair had found a forever home in Wendy and Pam, two best friends who have been roommates for a long time. Angels Among Us shared the update on Facbeook, again in Kala's voice:

"After looking everywhere for our new family, they found us!" the post read. "Now we get to hug them all the time! That's just our thing and they love that about us."

The new owners have plans to start a Facebook page to keep supporters updated about the dogs, according to Angels Among Us.
Related topics:
dogsdistractionanimal rescuebuzzworthyadoptionwatercoolergood newsfeel good
Copyright © 2021 WABC-TV. All Rights Reserved.
RELATED 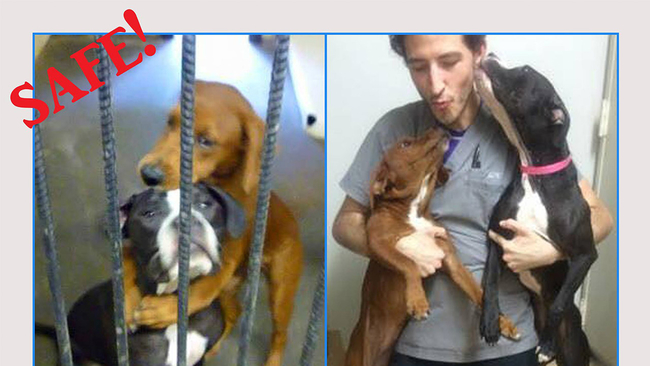