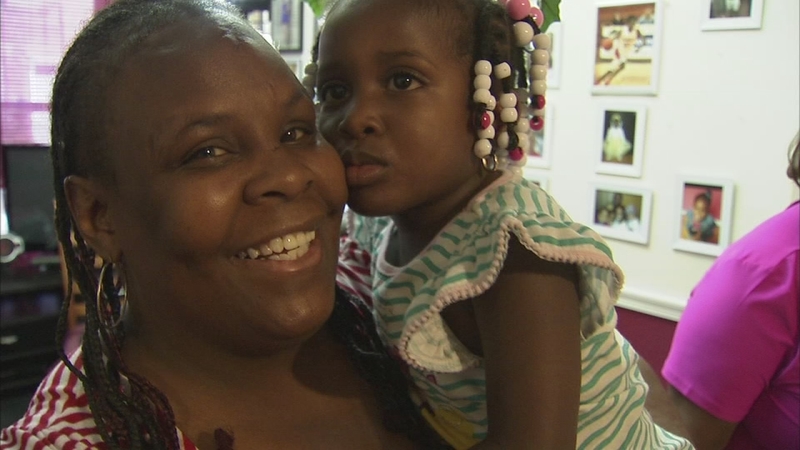 6 yrs.after being held captive in Tacony, survivor speaks out

KENSINGTON -- One of four mentally disabled adults who was found being held captive in a basement dungeon in Philadelphia's Tacony section six years ago spoke to Action News Friday night.

Tamara Breeden went through hell for years. Today. the mentally challenged woman is happy and healthy after being on the doorstep of death.

The scars on Breeden are still evident. Her forehead bears the marks where she was hit with a pistol.

She suffered seven broken bones to her body.

But while her bones may have shattered, Breeden's spirit never wavered.

"I see my scars every time, but I say to God, I am still beautiful and I am still alive," Breeden said.

Her ordeal began in 2001. Linda Weston kidnapped the then 20-year-old, saying she was taking her to go babysit.

Instead, Weston dragged Breeden to a basement and chained her to a boiler.

Breeden, who has the mental capacity of a 10-year-old, would be joined by other mentally impaired adults. Weston would steal their disability checks.

Attorney Steve Wigrizer said, "She endured, I guess the best way to phrase it is, a concentration-like existence for 11 years."

Weston will likely die in prison.

Instead, Breeden focuses on her art and her 3 children, two of whom were born in captivity.

Her youngest, Ava Olivia, lives with Breeden and Breeden's parents in Kensington.

"She means everything to me. My heart, my soul, and my love," added Breeden.

Wigrizer said, "When you talk to her and begin to know her, she has this unshakeable optimism and this terrific spirit."

That spirit was evident during our interview.

While she endured a decade of torture, her message to her tormentor is: she forgives, but won't forget.