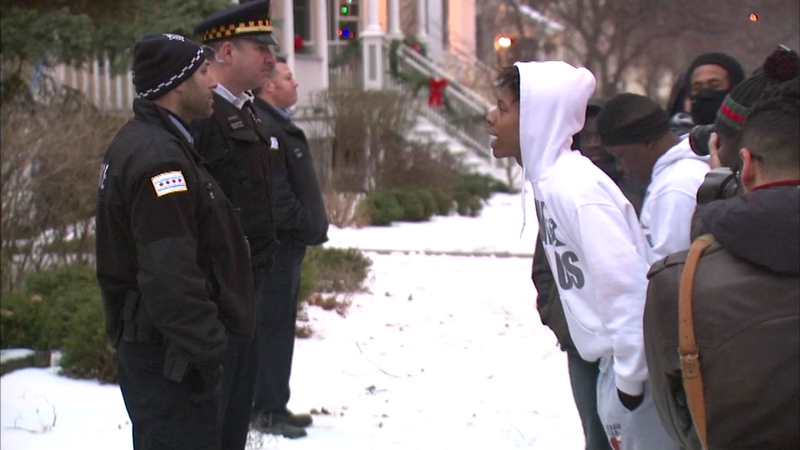 While only a dozen or so showed up, protesters once again called for Emanuel's resignation, especially after two people were shot and killed by police over the weekend. Protesters are also calling for more body cameras, Tasers, and sensitivity training for police - something many aldermen are calling for as well, including the Latino Caucus.

Protesters said they will continue to show up at Emanuel's house and other locations until he resigns.

"You lost our trust, and we're not giving it back. So today we're asking you, right in front of your house, for Rahm Emanuel to step down," said Jamal Greene, a protester.

While the mayor has not appeared in public on Tuesday, he is due back from his family vacation in Cuba. He has been gone since December 18, but said he would return early to deal with the police crisis.

There are some who say it was not a smart political move to go on the trip, while others do support his decision.

"I'm not going to question whether it is a mistake for him or not. He has been in communication with his team and I think he left here a very capable team to handle crises, but that's for him to answer," said Ald. George Cardenas, Latino Caucus chairman.

Emanuel is expected to have some type of media availability on Wednesday, but so far, there hasn't been any sign of him at his home.