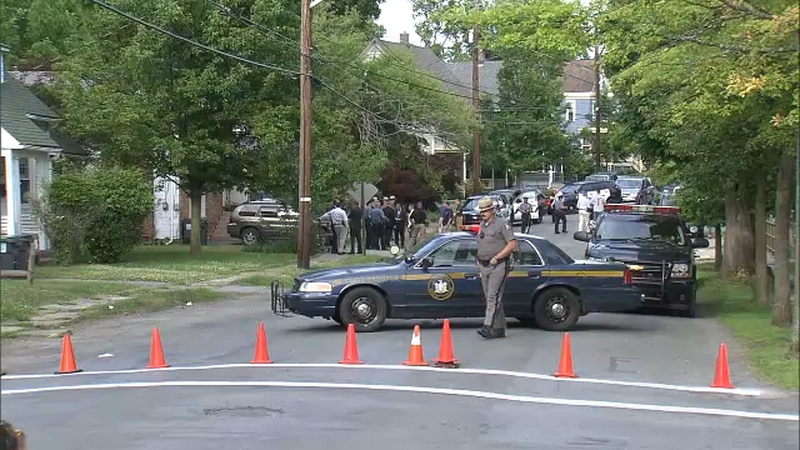 WARWICK, New York (WABC) -- Police in Orange County shot and killed a man who they say came after them with a knife.

The shooting happened on Saturday afternoon in the Village of Warwick.

Officers were called to a home over a domestic dispute. Police say a man in his thirties was told by an officer to put the knife down.

When he refused to comply, he was shot and pronounced dead at a nearby hospital.

The Warwick Police Officer who opened fire has been placed on administrative leave. He has not been identified.

The case will go to a grand jury to determine if the shooting was justified.