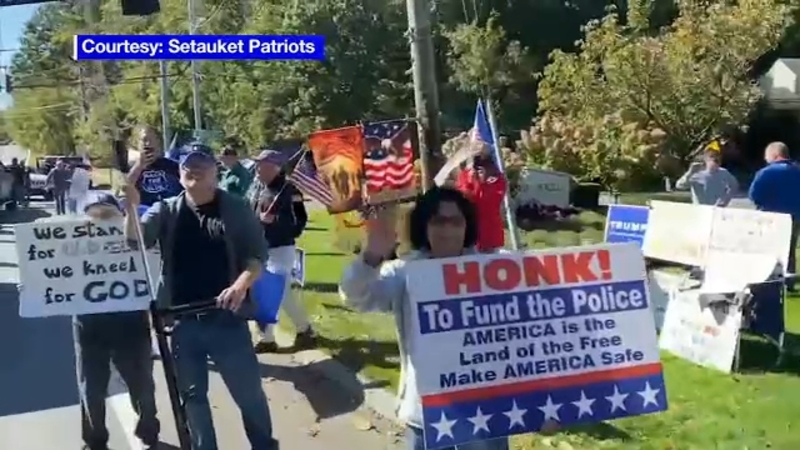 LONG ISLAND (WABC) -- If the presidential election had been held in Suffolk County, President Donald Trump would have won re-election -- and residents there know it.

"I don't like it all," said Bob Ciota, of Nesconset. "I think it was stolen from Trump. Fake news, fake polls, fake election."

His supporters on Long Island have been vocal throughout the past few months, organizing large caravans. Parking lots were turned into huge Trump rallies, and supporters often set up on the side of major roadways with Trump flags and signs.

More rallies are planned for this weekend.

"It's very upsetting," she said. "I think that there's a little bit what we call hanky panky being done."

"I strongly support a President Trump," he said. "I wish he had been elected. I'm still holding out hope. But if Joe Biden is elected, so be it. I will support him. I will wish him well."

DawnMarie Kuhn, president of the Suffolk County Young Republicans, said she does not see 2020 as a defeat for the Republican Party.

"It was a giant red wave for all of our local candidates," she said. "We elected four Young Republicans to state offices."