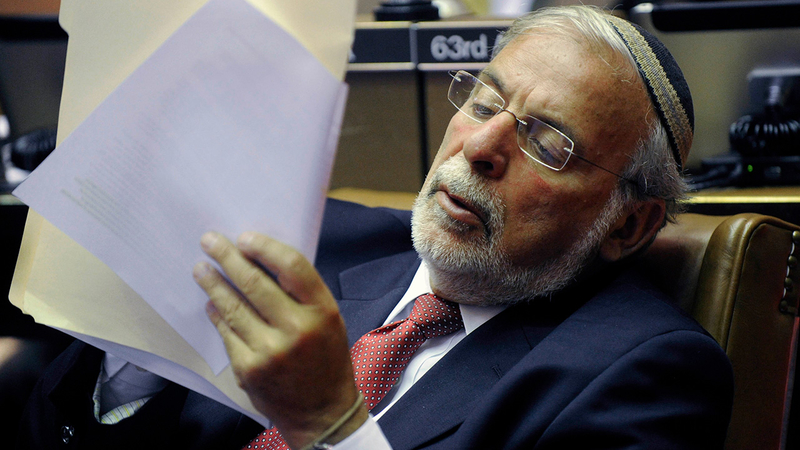 The announcement was part of a short video that looked back on Hikind's 36 years in office representing Brooklyn's 48th Assembly District, which includes Borough Park, home to one of the largest Orthodox Jewish communities outside Israel.

The 67-year-old Hikind grew up in Williamsburg and was first elected to the Assembly in 1983.

"I've had an opportunity to speak out against antisemitism and racism wherever it happens," he said. "When you grow up in a home where your mother went to Auschwitz, Auschwitz, and when my grandmother and other members of the family went straight to gas chambers, that's real for me."

And that may be what will define his tenure in public service, standing up for his community in every corner of the world where hate has reared its ugly face.

"I think the thing that I'm probably proudest of is about seven eight years ago, publicly dealing with the issue of sexual abuse," he said. "It is an issue that no one touched. People, you know, pretended that it didn't exist and that it wasn't a problem."

But Hikind, one of New York's most influential Jewish lawmakers, was also no stranger to controversy, holding many conservative positions including being against gay marriage.

"Politically, I'm a Democrat," he said. "But I support Republicans when the Republicans, I believe, will be better for our community and better for everyone."

Earlier this year, it was revealed he siphoned millions in public money to a group employing his son, but Hikind there is no connection to him stepping aside.

When asked what's next for him, he says he can't go into it yet, but it's all related to Israel. He says he's not going anywhere, and he certainly doesn't sound like a man done with politics.

While he is not seeking elected office again at this time, his office says Hikind has no intention of retiring or giving up the fight.

"I am excited about my future, there is still so much to be done," he said. "But before I can start the next chapter of my life, I intend to finish my term in the Assembly...I want to thank my constituents, my many friends and neighbors, for these extraordinary 36 years of having the honor to serve them. I thank my parents for instilling genuine Jewish values in me, and my family, my wife Shani and my children, for making it possible to do what I do. But most of all I thank God for giving me the strength to allow me to make a difference. That's what it's all about, and that's what I intend to continue doing, hopefully for many decades to come."