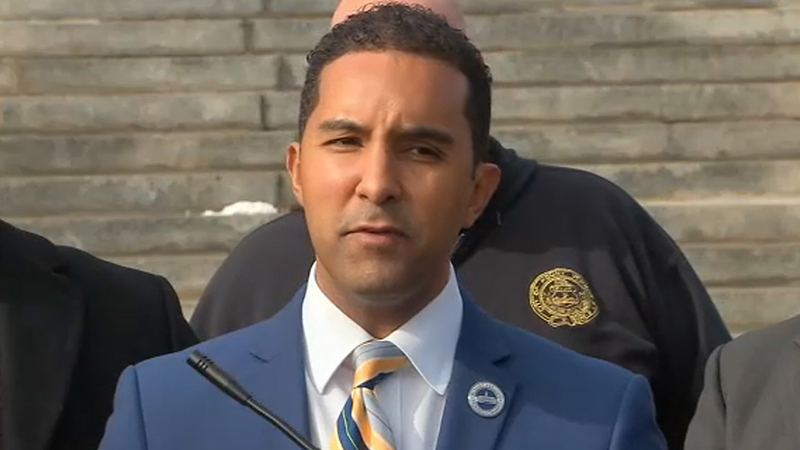 MOUNT VERNON, Westchester County (WABC) -- The mayor of Mount Vernon pleaded guilty Monday to stealing campaign funds and lying about those funds on a disclosure to the State Board of Elections.

Mayor Richard Thomas was sentenced to pay a $13,000 fine in addition to a one-year conditional discharge, during which time he may not seek or accept any elected or appointed public office or seek or accept any position as a public servant.

"By using campaign funds to line his own pockets, Thomas broke the law, and violated public trust," Attorney General Letitia James said. "New Yorkers put their faith in our public servants, and Thomas' gross violation of that faith constitutes the utmost disloyalty to those he was sworn to serve."

Officials say the guilty plea is in satisfaction of an indictment filed in Westchester County that stemmed from a joint investigation conducted by the Office of the Attorney General and the New York State Office of the Comptroller.

As part of the plea agreement, Thomas admitted that he knowingly and unlawfully appropriated contributions totaling approximately $13,000 from his campaign committee, the Friends of Richard Thomas, during his 2015 mayoral candidacy, for his own personal use.

"Mayor Thomas admitted to knowingly misusing campaign donations to fund his lifestyle instead of funding his campaign," state Comptroller Thomas DiNapoli said. "Thanks to my partnership with Attorney General Letitia James, his scheme was exposed and he has now admitted his guilt."

Thomas also admitted that he knowingly and falsely filed a 27-day post-general disclosure report with the New York State Board of Elections, where he admitted that he did not disclose that he received a $4,000 payment from his campaign committee.