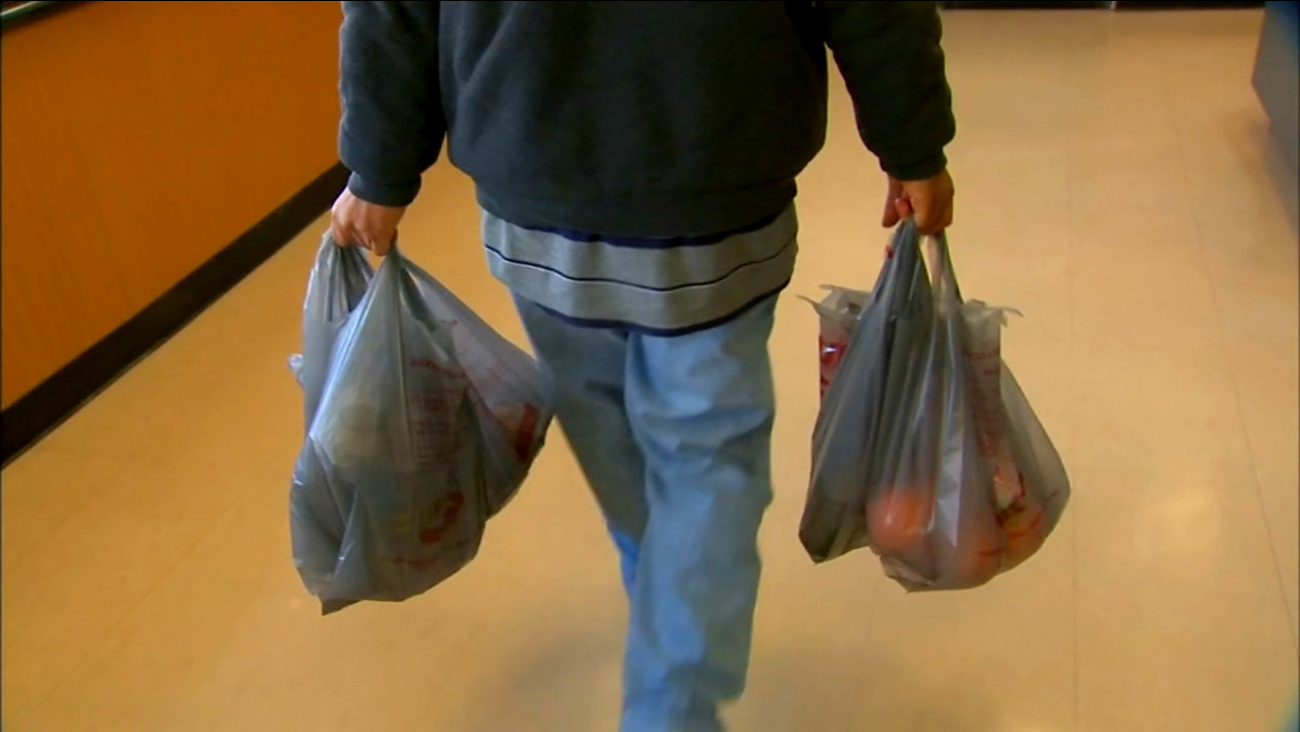 Lawmakers say the ban is now likely to be part of the state's final budget.

There could also be a fee on paper bags, in an effort to encourage shoppers to use re-usable shopping bags.

Environmentalists have campaigned against plastic bags for years because of the harm they cause wildlife and the pollution caused by their production.

The ban would apply to plastic bags used to carry out single purchases, but there will be exemptions.

Fast food takeout bags will be excluded along with bags used for bulk items, and some supermarket uses, including bags used for meats and deli products.

State Sen. Todd Kaminsky and Assemblyman Steve Englebright, both Long Island Democrats, said that it's past time the state followed the growing number of local governments that have banned plastic bags.

They said they're hopeful the provision will be included in the budget, which faces an April 1 deadline.

"This issue has kicked around Albany way too long," said Kaminsky, chairman of the Senate Environmental Conservation Committee.

But imposing a fee on paper shopping bags, as some lawmakers and advocates support, could prove to be a thornier issue.

Some legislators are concerned a fee would be a tax on consumers in poorer communities. Details of a proposed fee - how much it would be, whether exemptions would be allowed - were still being discussed, Kaminsky said.

Gov. Andrew Cuomo supports a plastic bag ban and included it in his budget proposal, although he and the Legislature overturned New York City's 5-cent fee on the bags in 2017, saying there should be a statewide response.

Cuomo introduced legislation last year that would have banned plastic bags across the state, but it failed to get a vote in the Legislature.

"We're encouraged by the emerging consensus on this issue and will continue to work with the Legislature to finalize a budget that works for all New Yorkers," Cuomo spokesman Richard Azzopardi said.