The Investigators: Despite calls, no building code changes after massive Edgewater fire 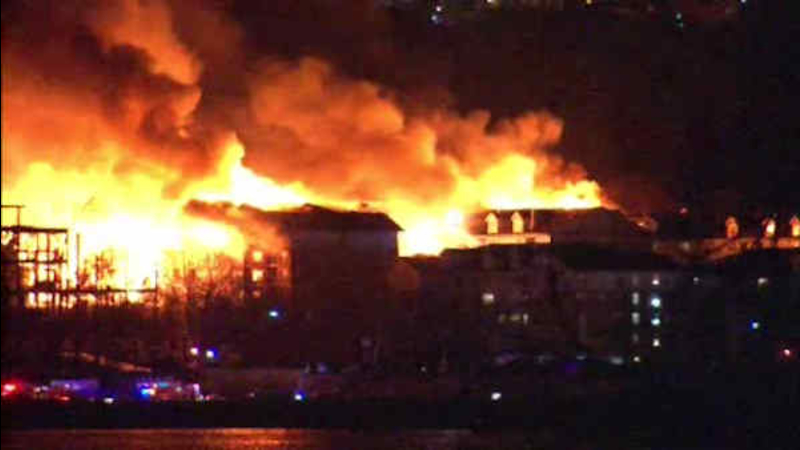 Despite calls for updates in building codes, the Eyewitness News Investigators have learned that buildings constructed just like it are still going up. The promises of quick action on fire code safety have given way to politics as usual, and any stricter standards for lightweight wood construction in New Jersey are probably years away.

All-wood apartment buildings like the one that lit up the night sky during the January blaze are illegal to build in New York City, but that is not so in the Garden State. And after the fire, New Jersey politicians promised stricter building regulations.

But our investigation has shown that nothing has changed, and the construction of potential infernos continues.

The fire spread so quickly through the wood-frame apartment that fire fighters had to retreat and battle the flames from a distance. No one was killed, but within an hour, Edgewater had 500 homeless residents. 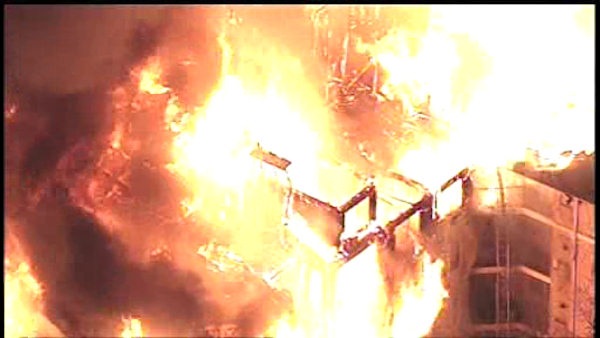 PHOTOS: Massive fire tears through apartment building in Edgewater
A huge fire destroyed several apartments in a complex in Edgewater, New Jersey on Wednesday evening.
"There is a massive fire in large-scale wood construction almost once a month," community organizer Alexi Assmus said.

Assmus had been researching he dangers of lightweight wood construction ever since the building of a 280-unit apartment complex got underway in her hometown of Princeton. Although Edgewater put the dangers of stick-frame structures in the spotlight, Assmus says nothing has been done because the builders have big bucks.

"They are making very good profits on this," she said. "They are paying significant dividends. There is a lot of money being made on standardized cookie-cutter wood housing, the size of city blocks."

After Edgewater lawmakers promised changes, several bills were introduced calling for concrete or steel fire stops and fire-resistant walls in lofts and attics. But 10 months later, not a single vote has been taken, and the building of stick-frame all-wood apartments keep going up all over New Jersey, including in Sayerville, Neptune, Bloomfield and Princeton.

Afterward, lawmakers were falling over themselves to talk about new legislation to improve fire code safety, but one law calling for safer wood construction has been sitting in Senator Ronald Rice's Community and Urban Affairs Committee for months.

New Jersey resident Paul Driscoll says his petition drive to require fire stops in wood construction can't compete with the monied interests who have the ear of state lawmakers.

"Very little has changed since the Edgewater fire took place," he said. "Lawmakers are being influenced by very powerful organizations, and we as citizens have been trying very hard to be heard."

Campaign finance data show that Rice is typical of most powerful lawmakers. He's received tens of thousands of dollars in campaign donations from industry groups opposed to tougher fire or building codes because they say it will increase construction costs. Rice insists that the money has no influence on him.

"I think now there's going to have to be some changes we can't get away from because of Edgewater," he said.

Senator Rice says he supports building code improvements, but adds that in an election year and with a pro-business governor running for president, getting changes made into law is an uphill battle.