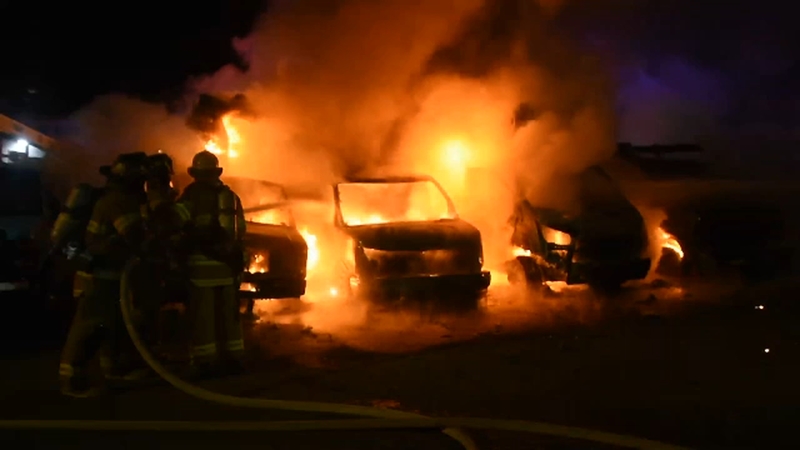 Video shows one of the vans exploding while firefighters worked to put out the flames.

The fire started early around 10 p.m. on Industrial Boulevard in Coram.

Terryville Fire Department Assistant Fire Chief Craig Brozio said it's rare for firefighters encounter so many vehicles in such heavy flames upon arrival.

"The first due crews did have a good amount of work cut out for them," he said. "Some of the gas tanks did let loose, so we had to go into a foam operation, you know, that hampered our abilities a little bit. Hydrants were quite a ways away, so we did have to do some relay pumping."

Brozio said 40 firefighters were on scene and it took about an hour to get the fires under control.

Investigators are working to determine the cause of the fire.