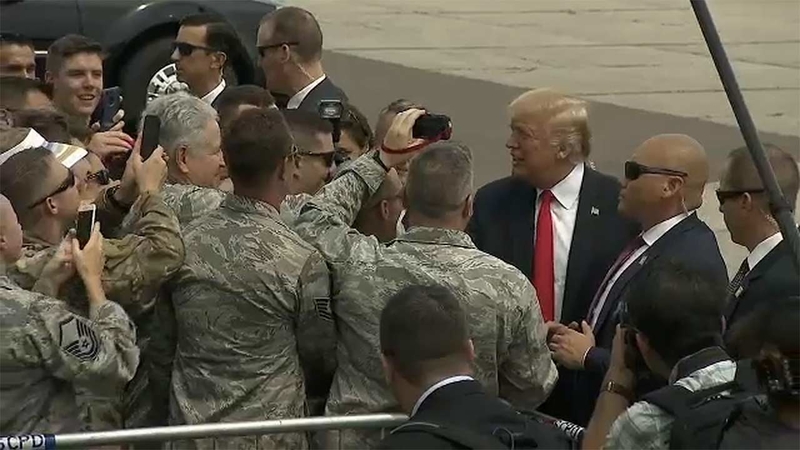 HAMPTONS, Suffolk County (WABC) -- President Donald Trump spent Friday afternoon meeting with a round table of supporters and donors in the Hamptons.

The fundraiser was held at the residence of real estate executive Howard Lorber, a longtime Trump friend who served as an economic advisor to his campaign.

The luncheon benefited Trump Victory, a joint committee for Trump's 2020 campaign, and the Republican National Committee.

About 60 to 70 protesters gathered on Hill Street just up the road from Lorber's home. They shouted "Donald Trump, throw him out" and "Donald Trump, lock him up" as cars went driving by.

"He is obnoxious," Sigrid Meinel of Hampton Bays said. "He doesn't know what he's talking about."

Janet Mance of Southampton was there with her children in support of the president.

"I think he's the best president we've ever had," she said. "He's done so much for our country already, and we couldn't support him more."

After the events, the president flew to New Jersey for a weekend at the Trump National Gold Club in Bedminster.