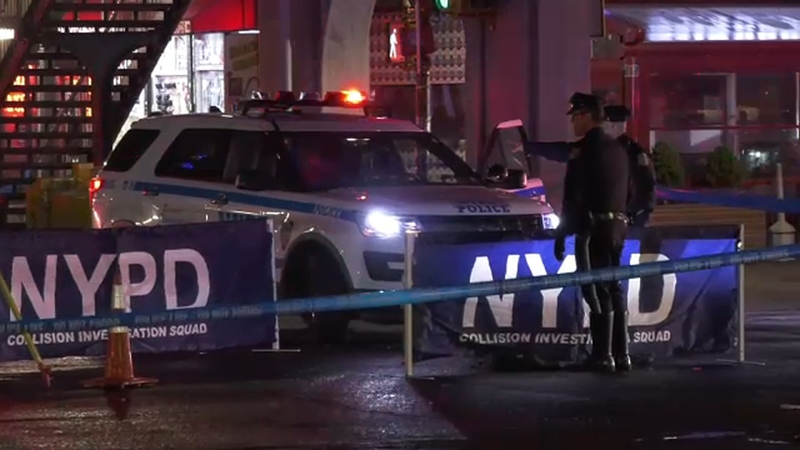 BENSONHURST, Brooklyn (WABC) -- A 67-year-old woman was killed in a hit-and-run crash in Brooklyn early Thursday that involved a private sanitation truck.

It happened just before 4 a.m. at Bay Parkway and 86th Street in the Bensonhurst section.

Police are searching for the truck that left the scene, though it remains unclear if the driver knew a person had been struck.

The victim was identified as Deborah Mutell. Witnesses described a horrific scene.

"To hit her that hard, it doesn't make sense," area resident Valentin Rodriguez said. "It's very vicious. It's very hard. She's in pieces. She was in pieces."

Rodriguez made the gruesome discovery on his daily morning walk, saying he saw the body of a woman he recognized run over and mutilated in the middle of the road.

"I'm a Vietnam vet from the 60s," he said. "How do you think I feel? Even from that time until now, this still bothers me."

"We will solve this, but these accidents are happening more and more," NYPD Deputy Chief Charles Scholl said. "We encourage our elderly pedestrians to be careful when they cross the street."

The busy major intersection is flanked by large concrete posts, creating potential blind spots for drivers, and pedestrians heading to their bus or the elevated D train often must cross several lanes of traffic.

This is the sixth pedestrian killed in New York City just two weeks into the New Year.