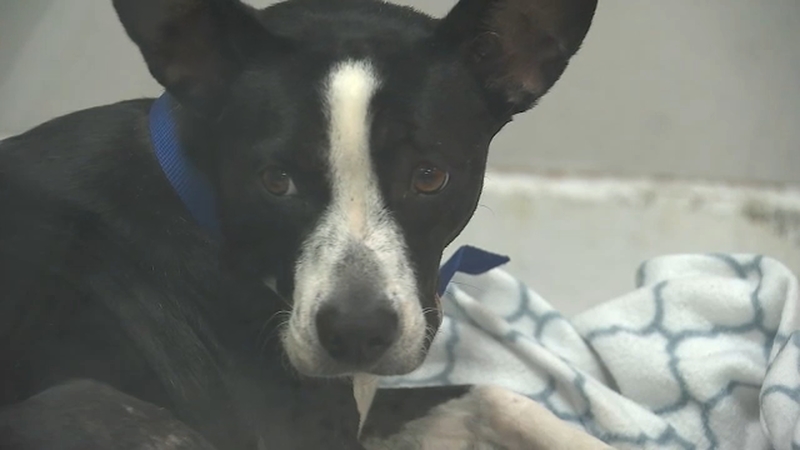 MADISON, New Jersey (WABC) -- As Puerto Rico continues to feel the devastating effects of a series of earthquakes, dogs who were evacuated from the island have arrived in New Jersey to search for fur-ever homes.

More than 100 animals from the earthquake-stricken island arrived at Morristown Airport on Sunday and taken to various shelters in the area.

The animals were taken from the shelters that were bursting at the seams with homeless animals after the disaster.

"There is probably over half a million stray dogs on the island of Puerto Rico and the shelter system is tremendously overburdened," said Eric Larnick with the Sato Project.

The Sato Project works with other rescue agencies to bring animals to the States from the island.

"A lot of families have been displaced, they've been without power and lost their homes, and they've been forced to make a really tough decision -- they have to surrender their pets," Larnick said.

Ten dogs and four cats were taken to St. Hubert's Animal Welfare Center where they will soon be available for adoption.

"This is what happens when there are disasters, the interest and the excitement," St. Hubert's COO Michelle Thevenin said. "We see this in all the natural disasters."

Officials thanked The Sato Project and Wings of Rescue for sponsoring the life saving flight.

The recent 6.4 magnitude earthquake killed one person and caused more than an estimated $200 million in damage.

More than 7,000 people remain in shelters since the quake, and according to The Sato Project, there are as many as 500,000 stray dogs on the island.

The Sato Project is planning another flight on Feb. 9.