Sheriff's deputy stabbed while responding to call in Putnam County 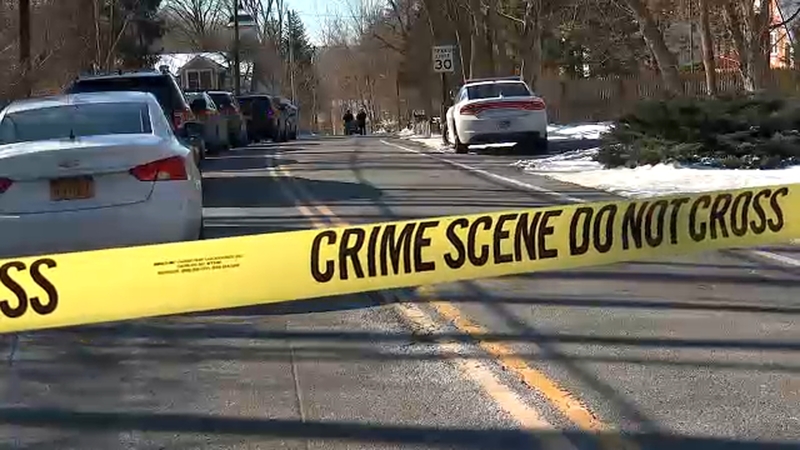 Sheriff's deputy stabbed while responding to call in Putnam County

PUTNAM VALLEY, New York (WABC) -- A sheriff's deputy responding to a domestic dispute was stabbed at a home in Putnam County Monday morning.

It happened at a home on Peekskill Hollow Road in Putnam Valley around 10 a.m.

Authorities say two deputies responded to the home after a son stabbed his father and were confronted by that son who was still brandishing a knife.

A struggle ensued, and the officers attempted to use a Taser on the son. In the process, the deputy was cut and suffered a severed artery.

The deputy, who has only been identified as a seven-year veteran of the force, was rushed to the hospital by police car and taken into surgery as doctors tried to control the bleeding.

"His injuries they weren't able to stabilize, so he immediately had to be brought into surgery to repair the damage that was done," Sheriff Robert Langley said. "They were able to repair the artery and stop the bleeding. The deputy may have to undergo additional surgeries as a result of those injuries."

He is expected to survive.

The suspect, later identified by the Putnam County Sheriff's Office as Timothy Redmond, was taken into custody. He has been arraigned and remanded to the county jail.

His father is said to be OK and refused medical attention.

Officials described the scene as a red flag house they had visited in the past.

"Could they have used deadly physical force in this instance, absolutely," Langley said. "But with all the training we provide our officers, they used what means they had necessary. Unfortunately, due to the proximity of the suspect with the knife and the Taser not working, it became a physical struggle."

Authorities said this is the first time in history of the department there has been a life threatening attack against one of its members.