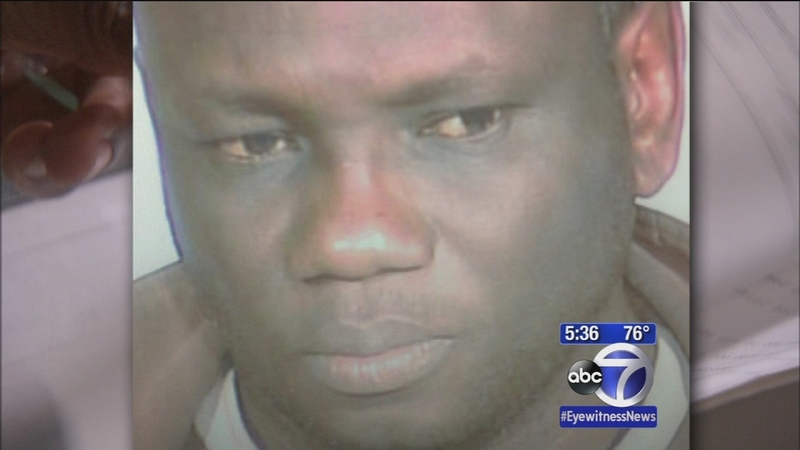 QUEENS (WABC) -- An Eyewitness News exclusive investigation has uncovered evidence that a man who has served more than 21 years for a murder in Queens may not have committed the crime.

The stunning development in the case of Anthony Nwobi shows that detectives identified someone else as the killer. And now, he's headed from prison to a courtroom, where he could be set free.

After the December 1992 murder, Nwobi even identified the gunman as Gregory Reece, who lived in the apartment in Bellerose where cops responded to a fatal shooting.

So how did the scenario switch, with a possible suspect becoming the prosecution's star witness? It's all part of an unraveling prosecution.

Long before the cell door slammed on his freedom, Nwobi insisted he was the wrong man. As it turns out, cops at the crime scene agreed.

It's all there in internal police documents, reports and a detective memo note that Nwobi claims he only discovered years after he was sent to prison. Now, the Queens District Attorney's office is scrambling to explain how Nwobi was prosecuted for intentional murder even though they had evidence he did not pull the trigger.

The victim was Nwobi's friend, Justin Eze. Nwobi says the two, armed with a gun, had gone to Reece's apartment to get information about his cousin who owed them money. Then, he says, Reece grabbed the gun.

"He threw his hands around me and started struggling for the gun," Nwobi said. "And he overpowered me...Justin was standing at the door, and one of the shots, you know, caught him in the head."

But mysteriously, Reece never became a murder suspect, instead morphing into the prosecution's star witness against Nwobi.

Especially since the evidence, which Nwobi never saw, reveals that detectives identified Reece as the shooter. A detective memo from the crime scene clearly says, "Greg took the gun, Shot Justin." The report also says Reece admitted to firing the gun.

The jury never knew about any of these documents, and the testimony of Reece, the only witness, was devastating. He said that Nwobi tried to shoot him, but hit his friend instead.

Nwobi, convicted of murder and sentenced to 25 years to life, ferociously started filing freedom of information requests. Twice the DA's office told him they lost his file. Finally, he hit legal paydirt.

"It's shameful that someone can willingly, consciously, deliberately conceal such important evidence," Nwobi said.

As for Reece, three years after he helped send Nwobi away, he was charged with cocaine trafficking, made a deal to cooperate with the feds and served just seven years in prison. Reece is now back in Bellerose, but when Eyewitness News tried to question him, he didn't seem to even remember his own name.

Nwobi, however, thinks about his deceased friend every day.

"The death of Justin has been a very serious blow to me, because that was a good friend of mine," he said. "And to see him laid down on the floor like that, it was very painful."

The DA's office says that the documents were turned over to the defense before the trial, which is impossible to verify because the original defense attorney has since died. But it would defy logic to think that any attorney who had those reports would not use them.

Nwobi will be in court on Monday, and Eyewitness News will follow this case.


If you have a tip about this or any other issue you'd like investigated, please give our tipline a call at 877-TIP-NEWS. You may also e-mail us at the.investigators@abc.com.