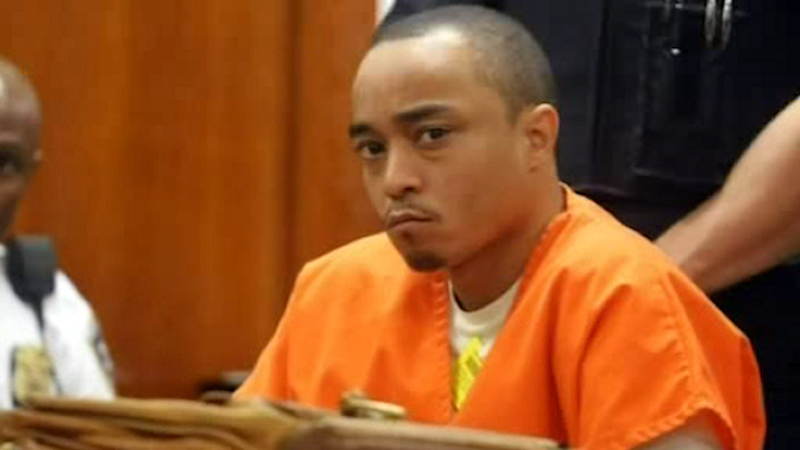 LOWER MANHATTAN, N.Y. (WABC) -- Tyrone Howard appeared in court Thursday morning on a 2014 drug charge, unrelated to charges against him in the fatal shooting of an NYPD officer.

Manhattan Supreme Court Judge Patricia Nunez sentenced Howard to 12 years on a drug indictment. He had been arrested in an October 2014 drug sweep at the East River Houses.

He would not have served any time if he had completed a drug diversion program that is now under fire since the shooting death of officer Randolph Holder.

Howard, 30, has already been indicted by a grand jury on charges of first-degree murder and robbery in the Oct. 20 shooting death of Holder, who was shot in the head in East Harlem while on duty. Howard was arrested a short time later.

Nunez said in court Thursday that Mayor Bill De Blasio and NYPD Commissioner William Bratton began a "false narrative" about Howard, saying he had been released because of the drug program. Nunez said the mayor had the facts of the case wrong and that the defendant was released because his girlfriend had put up bail money.

"I want to correct what was a false narrative in the press begun by the Mayor of New York City and his Police Commissioner, who made statements without checking the facts," she said. "The defendant was out on the streets because he made the $35,000 bail. I would suggest the mayor look in the mirror...Do not blame the judges."

City Hall quickly fired back with the following statement:

"Judge Nunez owes Commissioner Bratton an apology. This Judge previously apologized for her ruling, and her remarks today are entirely irresponsible."

Defense attorney Robert Levy said that the high-profile murder case is having a negative effect on his client's drug case, and that the war of words was not fair to the defendant.

But he added that her defense from the bench was appropriate.

"This is an extraordinary case, because the media in particular attacked the judge for her actions in the case, and they did it unfairly," he said. "And that's just not the atmosphere for a calm deliberation and the imposition of a sentence."