WABC
NEW YORK (WABC) -- A rapper with ties to NYC has surrendered to the NYPD after 17 others were charged with gang-related crimes this week.

Caswell Senior, also known as Casanova, was wanted by the FBI and was initially believed to be in the Atlanta area. He is from Montville, New Jersey, and has ties to NYC.

Authorities announced they were looking for Senior after an indictment was unsealed Tuesday, naming 18 suspected gang members who have been charged with racketeering, murder, narcotics, firearms and other fraud offenses.

He turned himself in to the NYPD late Wednesday night and faces charges of racketeering conspiracy, firearm possession, and conspiracy to distribute controlled substances.

His attorney denied the rapper was evading arrest.

Even with coronavirus spiking and new restrictions taking effect, Congress remains stalled on fresh relief for Americans in need.

"From the moment I was contacted, my client's clear intention was to surrender himself, he never intended to evade the judicial process," said attorney James Kousouros. "Over the last 48 hours I was in contact with the government arranging a peaceful surrender. He just wanted a peaceful surrender. Mr. senior is fully confident that he'll be exonerated when all the facts are brought forth."

The 17 other defendants had already been taken into custody.

"As alleged in the Indictment, members of Gorilla Stone committed terrible acts of violence, trafficked in narcotics, and even engaged in brazen fraud by exploiting benefits programs meant to provide assistance in response to the COVID-19 pandemic," Acting U.S. Attorney Audrey Strauss said. "Because of that, communities across the Southern District - from Poughkeepsie to Peekskill to New York City - suffered. Most shocking, as alleged in the indictment, a minor was murdered in furtherance of the gang's activities.

Authorities allege many of the following crimes were done to maintain or increase positions within the gang:
Brandon Soto, aka Stacks, is charged in connection with the Sept. 21 murder of a minor in Poughkeepsie.

Stephen Hugh is accused of shooting at rival gang members in New Rochelle on July 20 while Naya Austin, Dezon Washington and Jordan Ingram reportedly committed a gunpoint robbery of a rival drug dealer in Peekskill on June 12.

Officials accuse Brinae Thornton of shooting at a rival gang member in Brooklyn in August 2018 and say Robert Woods maimed and assaulted an individual with a dangerous weapon in January 2018.

Ice-T says his father-in-law was a serious "no masker" until he ended up in the hospital with COVID-19. 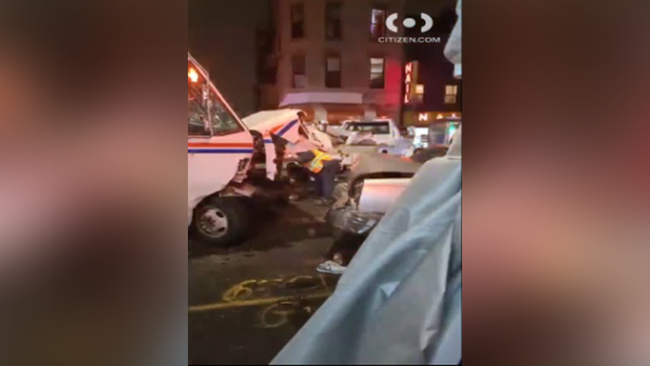