Remembering the LIRR massacre on its 25th anniversary 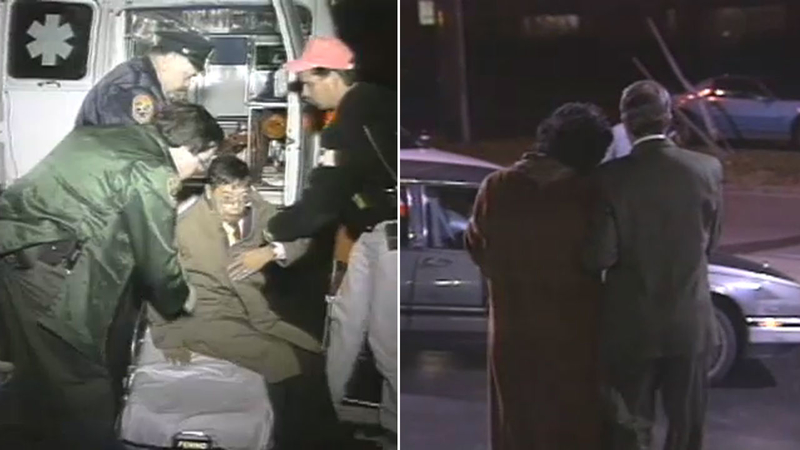 Remembering the LIRR massacre on its 25th anniversary

A man from Brooklyn named Colin Ferguson opened fire inside the commuter train to Hicksville on December 7, 1993.

Six passengers were killed and 19 others were hurt.

Survivors of the deadly shooting are still comforting each other a quarter of a century later to talk about the day the gunfire rang out and how their lives have changed.

They spoke with Eyewitness News in the days leading up to the anniversary.

"I feel it's coming, it's like a black cloud over my head and it's coming, I'm just waiting for it," said victim Lisa Combatti. She says it's always a struggle, the two weeks after Thanksgiving.

Combatti was one of 19 people wounded and, at the time, seven months pregnant.

The wife of one of the victims has became an activist for gun control.

"I lost my husband, this never should have happened," said Joyce Gorycki.

Like the others, she hoped the LIRR shooting would bring change. Instead, gun violence in America has gotten worse.

"It hurts me more to think that it's going on and nobody cares," she said.

Filmmaker Charlie Minn has produced several documentaries on mass shootings. His film on the railroad massacre was released five years ago.

"The Long Island one was one of the first big ones in the modern day era," he said. "You have the 1984 San Diego McDonald's massacre, you had one in Texas in '91, but in the early 90s it was still relatively rare."

Shooting survivor Kevin McHugh was just six feet away when Ferguson began firing. He says he can't bear to watch another mass shooting.

"You see the pictures of people running out of a workplace or a school or something with that face, that was me 25 years ago," said McHugh. "It's haunted me ever since."