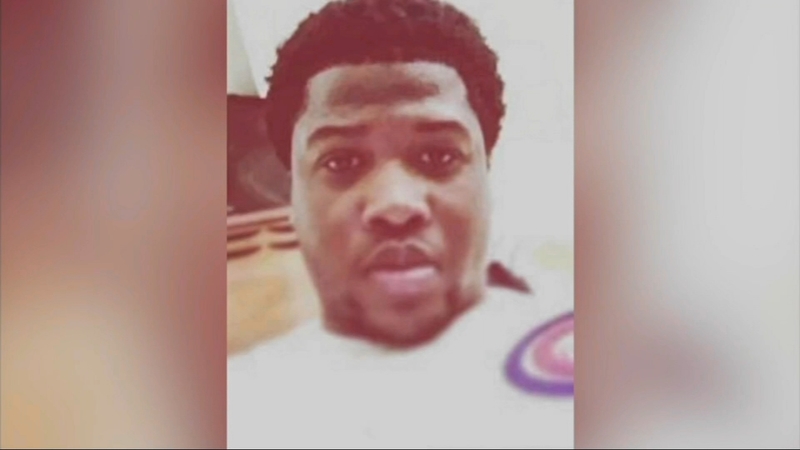 MIDLOTHIAN, Illinois -- Investigators say witnesses reported that a police officer repeatedly ordered a man to drop his gun before he was fatally shot outside a suburban Chicago bar where he worked as a security guard.

Illinois State Police released a statement about the early Sunday shooting that killed 26-year-old Jemel Roberson. The statement doesn't address reports from witnesses who say the officer fired despite people shouting that Roberson was a security guard.

Roberson was shot outside Manny's Blue Room in Robbins by an officer responding to a report of shots fired at the bar. An attorney for Roberson's mother says Roberson was holding down a shooting suspect and wearing a hat emblazoned with the word "security" when he was shot.

An official in a neighboring community has asked prosecutors to investigate, saying he's concerned race played a role in the shooting. Roberson was black, while the officer is white.

According to preliminary findings, Roberson was shot after he did not respond to calls to drop his weapon by the Midlothian officer. According to witnesses, the report states, Roberson was trying to detain the suspected shooter at the time.

The report claims Roberson was wearing plain black clothing with no markings identifying him as a security guard. However, the Roberson family attorney, he said other witnesses have said opposite.

A vigil was held overnight in Robbins, where Roberson was shot and killed. He was remembered a young father, church organist and a man who aspired to one day join the police force.

His supporters are calling for the state's attorney to take over this investigation.

"We can't continue to live like this as citizens of any kind," said Pastor Anthony Williams, of First Congregational Church in Berwyn. "People need to understand that violence of any kind, whether it's by police or whether it's by citizens, unnecessary violence is a threat to our existence."

Meanwhile, in Robbins, residents there are angry after five of the six village trustees did not show up, cancelling the village board meeting and leaving neighbors with unanswered questions and concerns.

Those who support Roberson are now calling for the Midlothian officer who shot him to resign and say their next phase in their fight for justice and transparency, a Midlothian village boycott.

"Since the initial incident, we have learned that the subject our officer shot was in fact security guard, Jemel Roberson. What we have also learned is Jemel Roberson was a very brave man who was doing his best to end an active shooter situation at Manny's Blue Room. The Midlothian Police Department is completely saddened by this tragic incident and we give our heartfelt condolences to Jemel, his mother, his entire family and his friends. There are no words that can be expressed as to the sorrow his family is dealing with. We view this as the equivalent of a "blue on blue," friendly fire incident. The officer involved in this shooting has been with our department for nearly four years and previously had three years of service with another agency. The officer is a male white. The officer is assigned to the patrol division and is also a team leader on the regional swat team (the South Suburban Emergency Response Team). The officer, per standard policy, is on paid administrative leave pending the outcome of the Illinois State Police Public Integrity Task Force investigation."