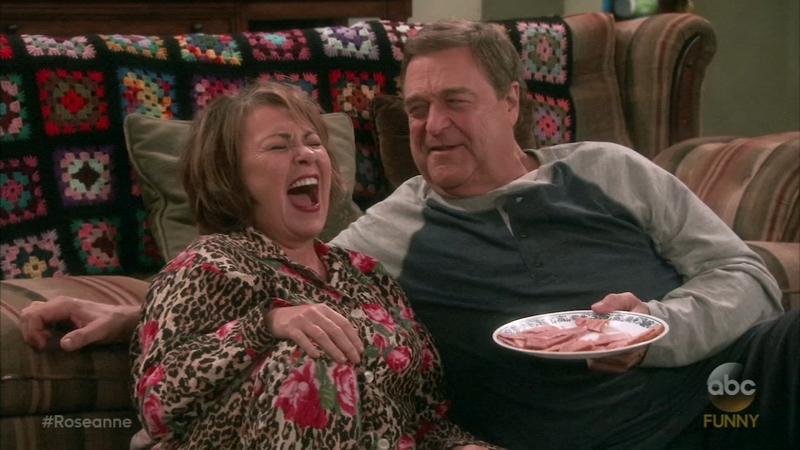 First official look at the new reboot of 'Roseanne' on ABC

BURBANK, Calif. -- Less than a week after its highly rated premiere, ABC's revival of 'Roseanne' was renewed for a second season.

ABC announced the renewal Friday on the show's Twitter account, though it's not immediately clear how many episodes the network ordered.

You asked for it! #Roseanne is getting another season! pic.twitter.com/1hpXx54jhI

More than 20 years after the series ended, the first two episodes of the revival each drew in more than 18 million viewers, according to Nielsen estimates.

President Donald Trump congratulated series creator and star Roseanne Bar over the phone the next day, a conversation that Barr said was "pretty exciting."

"We're thrilled that America has welcomed the Conner family back into their homes. The show is as fresh and relevant today as it was when it left the air 21 years ago. We can't wait to see what the 'Roseanne' team has in store for next year," ABC Entertainment president Channing Dungey said in a news release.