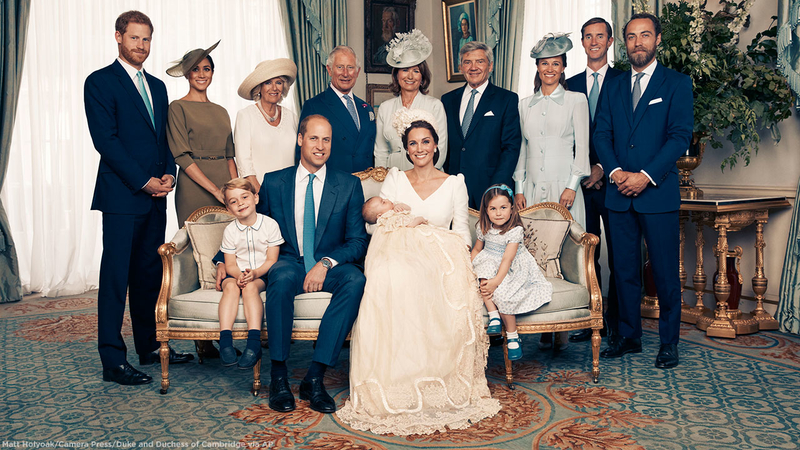 The royal family arrives at the christening of Prince Louis

Prince Louis was christened at the Chapel Royal at St. James Palace in front of many members of the royal family on Monday, July 9.

Louis' parents, Prince William and Kate, Duchess of Cambridge, were joined by Prince Harry and Meghan, Duchess of Sussex, and Prince Charles and Camilla, Duchess of Cornwall. Prince George and 3-year-old Princess Charlotte as well as Kate's parents Michael and Carole, her brother, James and sister Pippa were also in attendance.

Louis' great-grandparents, Queen Elizabeth and Prince Philip, were unable to attend the christening. The Queen was busy last week in Holyrood in Scotland and will be busy this week attending the RAF centenary as well as hosting President Donald Trump for a meeting at Windsor Castle, according to ABC News.

PHOTOS: Will & Kate through the years


At the christening service, the family sang two Hymns: O Jesus, I Have Promised and Lord of All Hopefulness. The Archbishop of Canterbury, the Most Reverend Justin Welby baptized Louis.