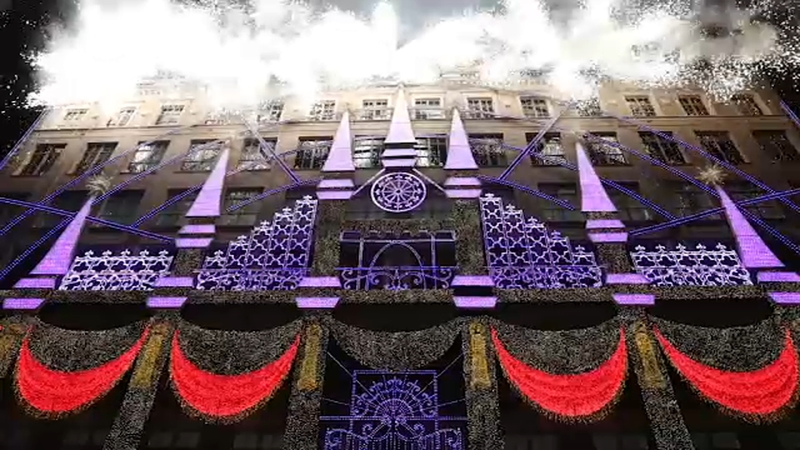 This year's theme, 'Theater of Dreams,' is a love letter to Broadway and in true Broadway fashion, opened with a spectacular performance.

Over a year in the making, the opening performance included 124 Broadway dancers performing a one-of-a-kind number live on Fifth Avenue, produced exclusively for Saks Fifth Avenue by Broadway Cares.

The musical performance was directed by Michael Lee Scott and choreographed by Tammy Colucci.

The windows brought to life an imaginary shopper's visit to the theater, where she dreams of Saks Fifth Avenue.

The window animation and light show will continue throughout the holiday season until January 2, 2019.